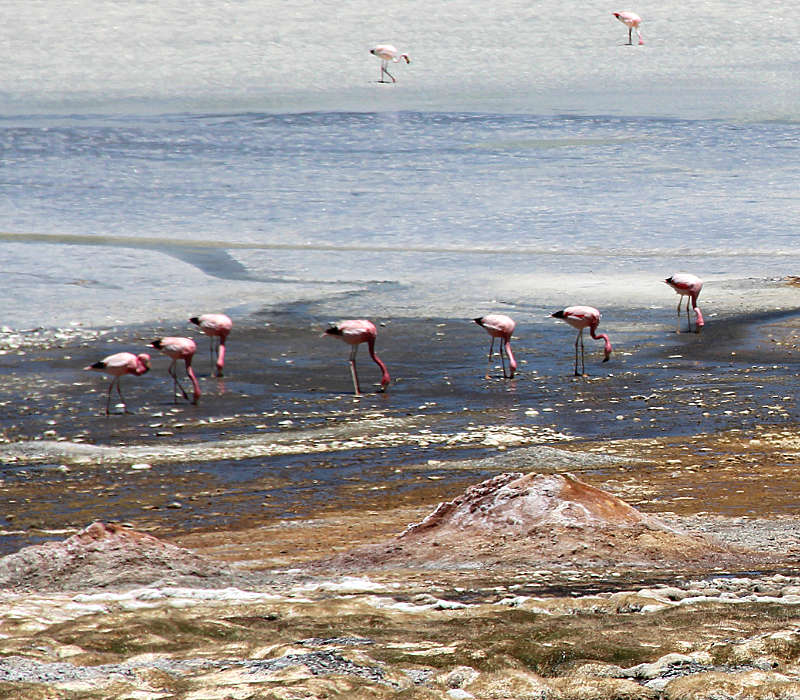 In the middle of an awesome and enigmatic landscape in the northwest of the province La Rioja, the Laguna Brava is a unique tourist destination that deserves special attention.

With a water surface up to 17 km by 3 km, it is refuge for large populations of threatened water birds, such as the Parina Grande Andean flamingos and James's flamingos. It is part of a system of shallow salty high Andean lagoons, associated with altiplano wetlands. These wetlands with graminoid vegetation are the habitat of vicuñas and guanacos, and various species of ducks, plovers, black-chested eagles, hawks, pumas and red foxes.

Initially, the Laguna Brava Provincial Reserve was created in 1980, mainly to protect the vicuña population. It occupies part of the departments of Vinchina and General Lamadrid and covers an area of 405,000 hectares. 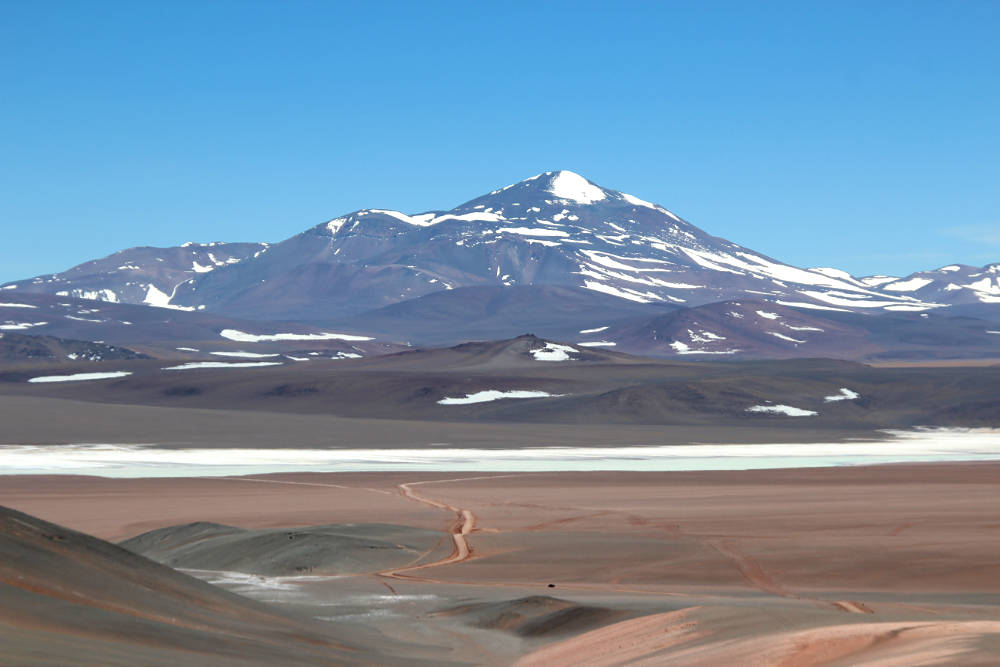 The reserve was designated a Ramsar Site in 2003 in recognition of the importance of its ecosystem. The Ramsar Convention on Wetlands is the international treaty for the conservation and wise use of wetlands and their resources. Ramsar recognition provides an important management tool for local communities and groups engaged in environmental conservation.

In the surrounding area, archaeological remains have been discovered at several sites, including Inca tambos and ceremonial adoratories, such as the one at the summit of the Veladero volcano. For the Incas, the region was a strategic transit route and an enclave for the domination of local populations. The sites are very difficult to access and are not cleared for tourism.

Of special interest for tourist visitors are the two historic stone shelters built for muleteers 150 years ago. One can be seen on the side of the access road and the other near the shore of the lagoon.

Between 1864 and 1873, in order to secure the national territory in the Andes Cordillera and the passage of muleteers carrying cattle to Chile, 14 stone shelters were built in the region known today as the Pircas Negras pass. The initiative of the at that time President of Argentina, Bartolomé Mitre, was completed by his successor Domingo F. Sarmiento. The shelters were built approximately 30 km from each other, which is the distance a muleteer would walk per day with his animals.

Constructed of stone and mortar, they have a very particular shape that resembles the nest of an ovenbird: circular in shape with a single entrance. For ventilation there is a hole at the top of the dome-shaped roof. Due to their design and construction they have withstood the extreme climate of the place for more than 150 years. They were in use until the 1960s.

The refuge "El Peñón" is located next to the road RN 76. The refuge called "El Retamo" or simply "de La Laguna" because it is located on the shore of the lagoon, more than 4 thousand meters above sea level, is distinguished by a very special detail: Next to the entrance there is a cross with the inscription "QEPD Destapado" [RIP Uncovered] and under it, one can see a human skeleton bleached by the sun and weather. It is supposed to belong to a muleteer who died in the 1950s. It is said that every time his grave was covered with stones, it appeared "uncovered" the following spring. After several years it was no longer covered, respecting the "wish of the deceased," and then the people began to leave offerings and asking "El Destapadito" [the cute little uncovered] for miracles. 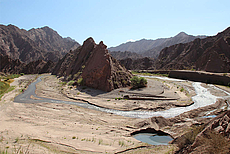 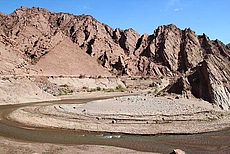 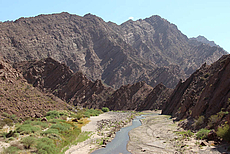 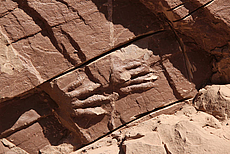 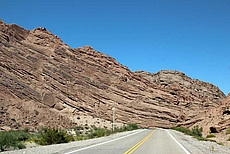 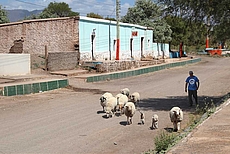 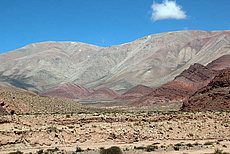 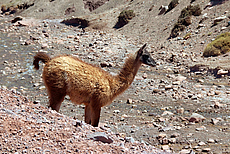 Visit exclusively in excursions organized by guides and with authorized agencies.

From Villa Unión, a town with a good tourist infrastructure, you can get there through RN 76. There are about 180 km with asphalt and gravel stretches.
Location on map