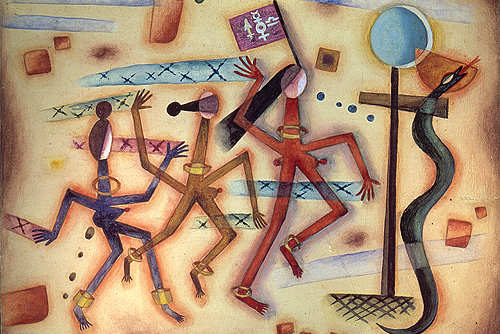 Alejandro Xul Solar is one of the most singular representatives of the vanguard in Latin America. In 1912 he went to Europe where he stayed until 1924, living in Italy and in Germany and making frequent trips to London and Paris. At his return he participated actively in the esthetic renovation proposed by the editorial group of the Martin Fierro journal (1924-1927). Friend of Jorge Luis Borges, he illustrated several of his books and collaborated in various of his editorial enterprises such as the Revista Multicolor de los Sábados and Destiempo.

With a vast culture, his interests took him to the study of astrology, Kabbalah, I Ching, philosophy, religions and beliefs of the Ancient East, of India, and the Pre-Colombian world besides Theosophy, Anthroposophy, among many other fields of knowledge.

He created two artificial languages, the "neocriollo and the "panlengua", and invented the "pan-chess" as well; he proposed a modification of the musical notation and the piano keyboard, and conceived the idea of a puppet theatre for adults, among many other things.

The Fundación Pan Klub Museo Xul Solar is an institution dedicated to preserve and make known the work of the artist. Created in 1986 by Micaela (Lita) Cadenas - artist's wife - and Natalio J. Povarché - his marchand -, following the original plans of Xul for the Pan Klub at the end of the 1930s as a cultural meeting place for artists and intellectuals.

The Museum opened on 13 May 1993. The works that are exhibited were selected by Xul Solar himself for the Pan Klub. These works constitute the permanent exhibition of the Museum, along with objects, sculptures, and documents that belong to his personal archive. Furthermore the Foundation preserves the personal dwelling of the artist including his library of near 3.500 volumes.

The project and works on the building where directed by architect Pablo T. Beitia with the collaboration of the architects Raquel Adesso, Juan Aiello, Javier Alemán, Mario González, Bernardo Junyent and Pedro Llamedo.

(From information of Museo Xul Solar)

Universes in Universe thanks the Director of the Museo Xul Solar, Elena Montero Lacasa de Povarché, and her assistant, Nancy Schröter, for the photo permission and cooperation. 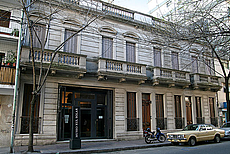 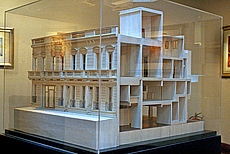 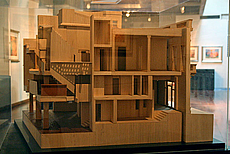 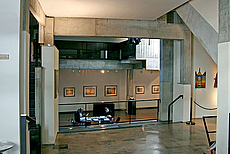 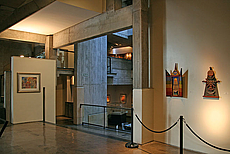 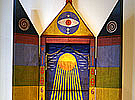 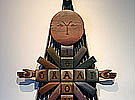 next
Museums in BA
prev 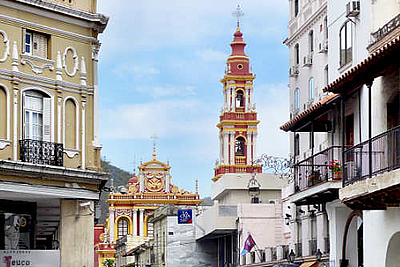