Excursion to the Delta of the Paraná 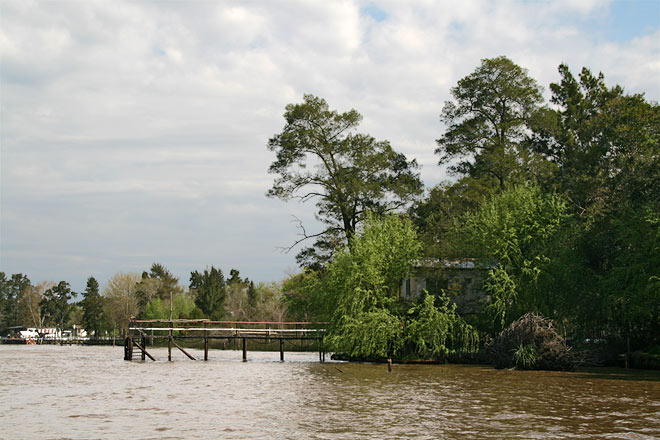 The Delta of the Paraná River begins close to the city Diamante, in the province of Entre Ríos, and spreads about 17.500 km² until the large estuary of the Río de la Plata. It has an approximately length of 320 km. The Delta islands originate due to the sediments carried by the water of the Paraná.

The Delta was a well-liked settlement area for many European immigrants (mainly Italian) dedicated to fruit production that was commercialized through the Fruit Port of Tigre. The city of Tigre (about 30 km from the center of Buenos Aires) is today the point of departure for the excursions through the Delta.

Tourism in the Delta region had its heyday in the mid-20th century, when thousands of "porteños" went out during the weekends, gathering in recreation restaurants (recreos) and hostels. After decay up from the 1970s, it is experiencing a revival in the last years.

Typical are its stilt houses raised on piles as protection against regular flooding of the river. The common means of transport are the commuter boats (lanchas colectivas), besides of row boats, motorboats, catamarans, and water taxis. 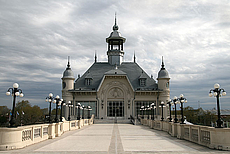 Museum in Tigre near the Delta of the Paraná river. Collection of Argentine figurative art and temporary exhibitions.