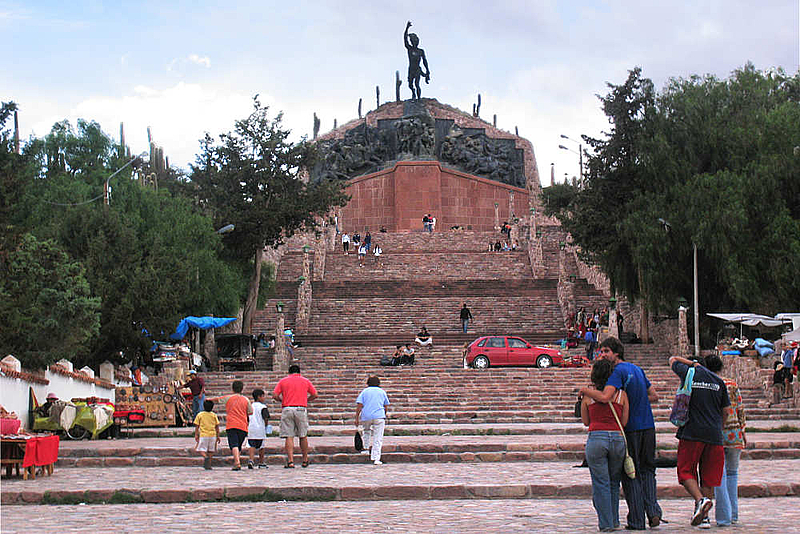 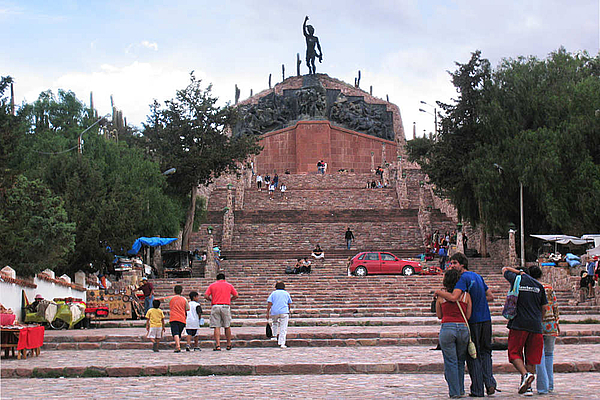 Monument to the Heroes of Independence, Humahuaca

Inaugurated in 1950 in the city of Humahuaca, it is the work of Ernesto Soto Avendaño. The main figure of an indigenous man of nine meters high represents the Argentinean people. The lateral bas-reliefs pay homage to the Army of the North and the squads of gauchos and natives who fought in the Quebrada de Humahuaca under the command of General Martin Miguel de Güemes, in the so-called Guerra Gaucha.