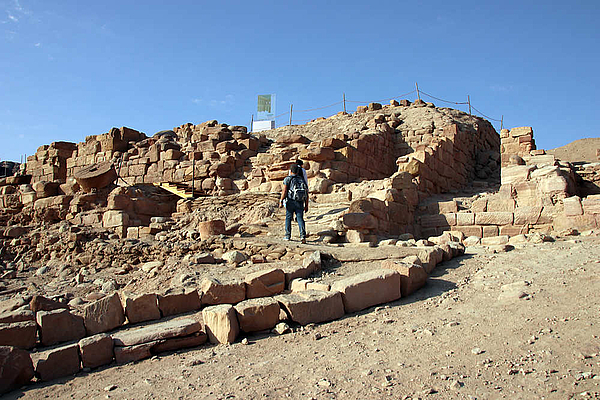 An ascending propylaeum, or grand entryway, led to a portico with two enormous columns (approximately 13 m height) and laterally protruding walls, crowned with Nabataean-Corinthian capitals. The enclosing pilasters of this pronaos were decorated with sacred figures carved on inset blocks. The impressive dimension of the column drums can be seen on site. They probably collapsed during the earthquake that destroyed the temple in 363 AD.