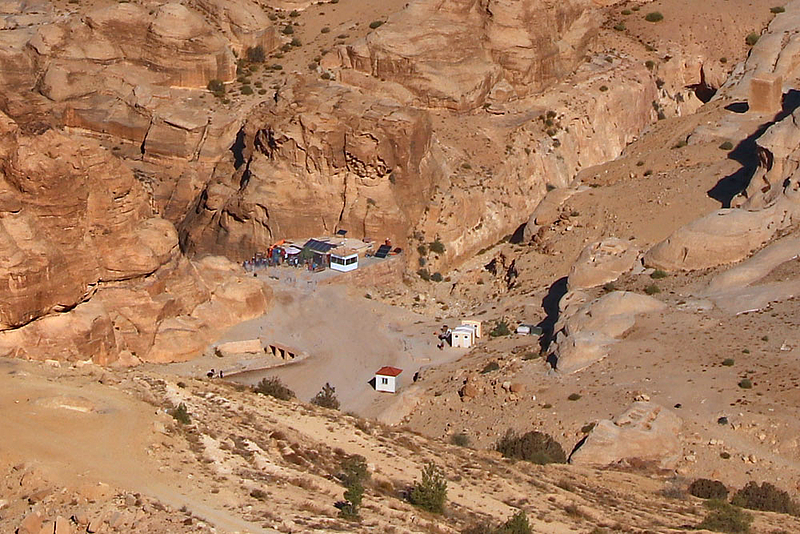 Ancient dam and bridge in front of the Siq

The sliding images above show the original location of the dam and bridge in front of the Siq’s entrance, a drawn reconstruction of the ancient bridge and a view into the tunnel.

When a severe flash flood swept through the Siq around the middle of the 1st century BC, or maybe a little later, it destroyed the first water pipeline, the gravel road and also buildings in the city area. The Nabataeans subsequently constructed a complex protective system, which was an essential prerequisite for further construction work in Petra.

The entrance to the Siq was sealed off by a 12.80 m high dam. In the ravine to the right of it, an almost 90 m long tunnel was cut through the rock to divert the water through the Wadi Muthlim and the Wadi Mataha to the north around the massif of Jabal al-Khubtha. On this detour the water returned to the original streambed of the Wadi Musa in the centre of Petra.