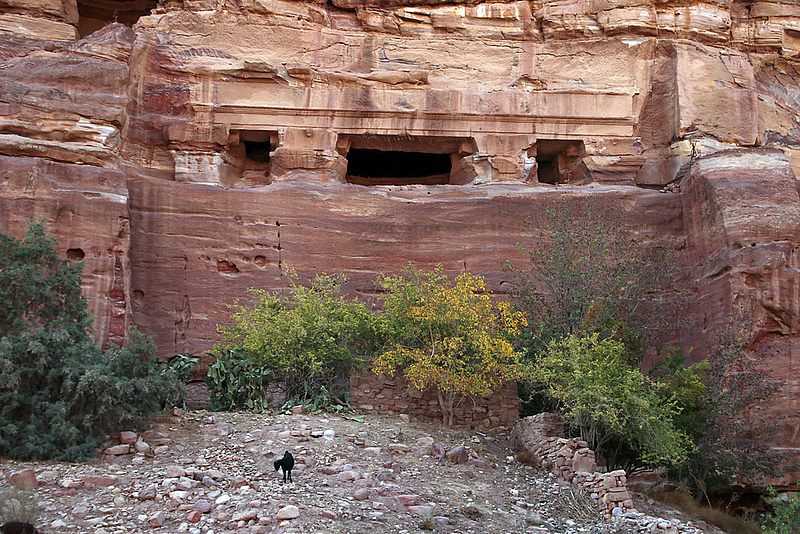 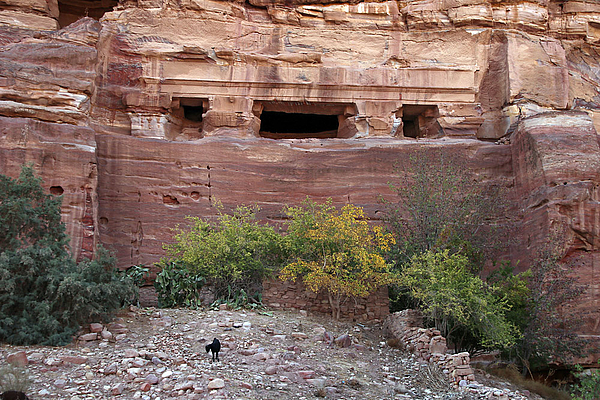 50 BC - 50 AD, eastern face of Jabal al-Habis, close from Qasr al-Bint. Remains of a tomb that was begun but only one-quarter of its facade was completed. The reasons why tombs such as this one remained unfinished could be that the carvers reached a point in the rock where they have been unable to continue, as geological factors played a role in Nabatean architecture, or the family or person who commissioned the tomb ran out of money or died before the monument was completed.

This unfinished façade reveals a lot of information about both the effort expended and the process used by Nabatean masons in carving deeply into the irregular cliff face. The initial excavation into the cliff face created a scaffold-like platform from which the mason could finish the tomb’s architectural details, as he worked his way slowly downward, chipping away at the unfinished rock with his hammer, pick, and chisel.

(From a text on the site)

Trail surrounding the hill passing a Bedouin tea shop, to a plateau with scenic views, up to a Crusader fort, or down to a Columbarium, and Unfinished Tomb.