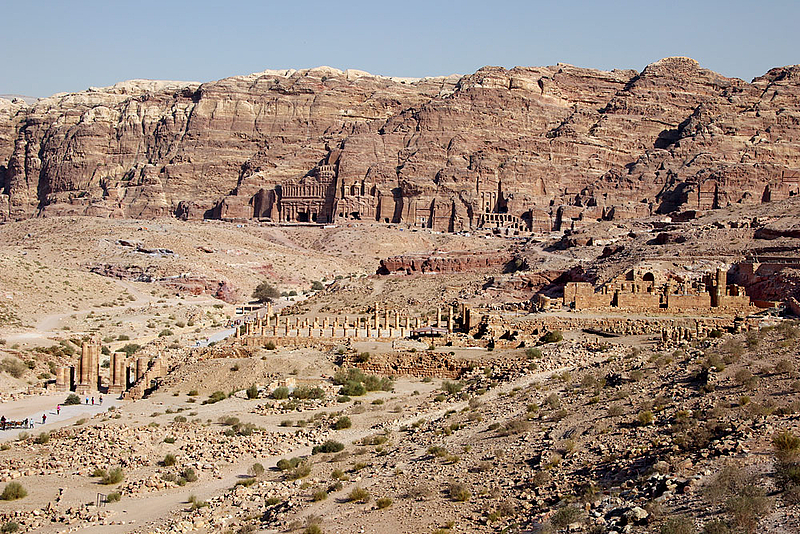 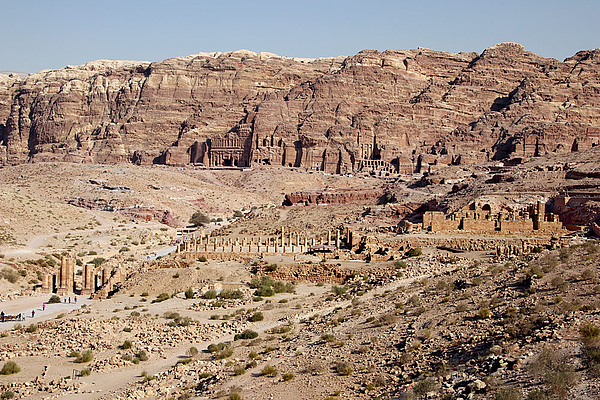 The 'Great Temple' from the west

For the so-called 'Great Temple', terraces have been hewn out of the rock on the northern slope of Katute Hill. The difference in height between the uppermost platform of the three-level structure and the Colonnaded Street (left) is 25 meters.

On the far left of the photo is the gate to the sacred precinct (temenos) of Qasr al-Bint, the main temple of Petra. In the background, the Royal Tombs on the rock face of Jabal al-Khubtha.