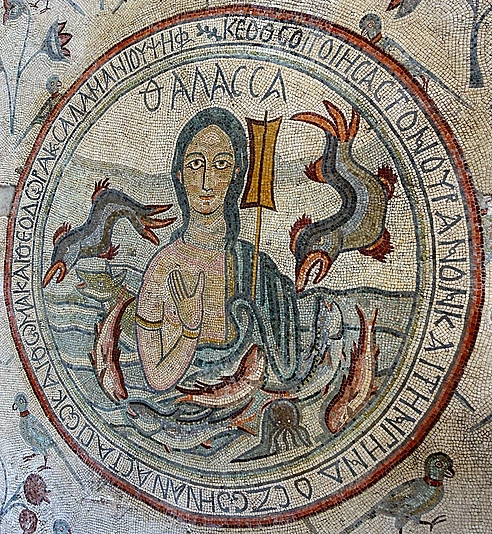 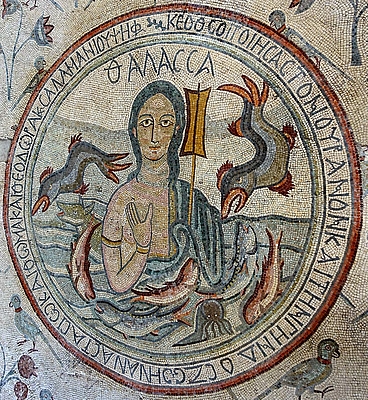 Medallion at the center

The medallion of 2.2 m in diameter is decorated with a personification of the Sea (Thalassa), represented as a woman emerging from the waves. The figure is a half bust with part of the breast uncovered and loose hair framing the oval of her wide-eyed face; her right hand is raised and bracelets adorn the wrist and upper arm. Her left shoulder is draped and above it rises a rudder on a shaft, like a standard. Around her leap multi-colored fish, a jellyfish, a sea monster and two sharks with open jaws and very pronounced fins and tails on their flashing bodies. This personification was borrowed from the classical depiction of the goddess Thetis rising from the waves.

The central medallion of this mosaic, once it was restored, was sent to the Seville Expo 1992 to represent the art of mosaics in Jordan.

A magnificent mosaic floor, created in 578, not disfigured by iconoclasts. In the center it has the famous medallion with a personification of the Sea.