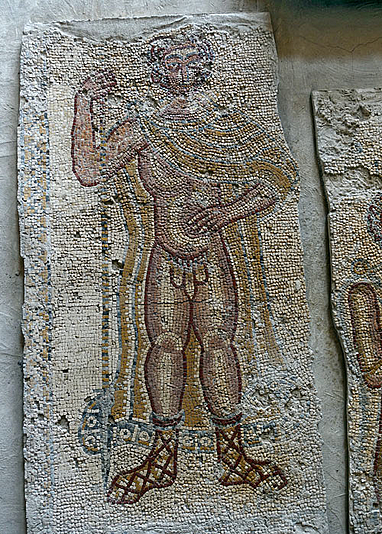 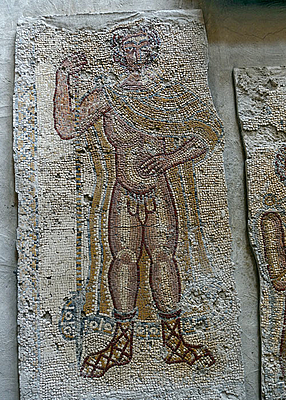 In 1960, two adjoining rooms with mosaics from the 5th century have been discovered building a street near the Acropolis. This is a detail of the western room with mythological motifs surrounded by a double meander border. It shows Patroclus, the close friend and wartime companion of Achilles in the fight against the Trojans, holding a lance in his right hand.

A magnificent mosaic floor, created in 578, not disfigured by iconoclasts. In the center it has the famous medallion with a personification of the Sea.