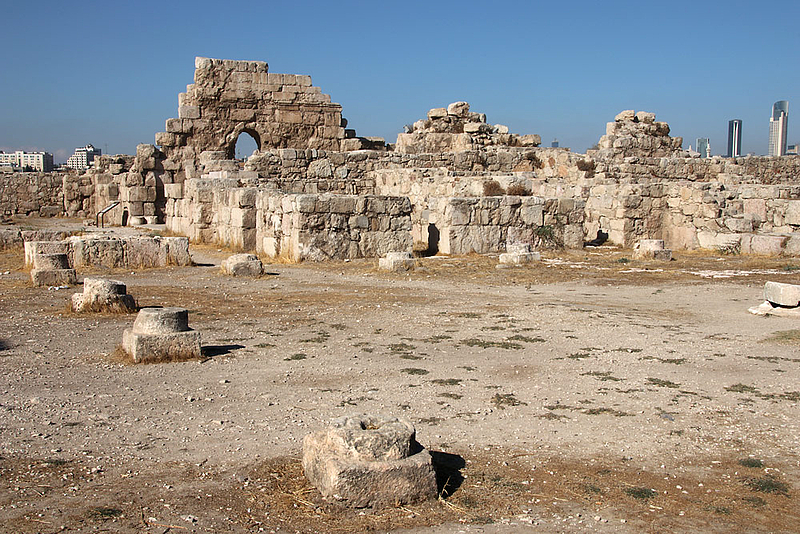 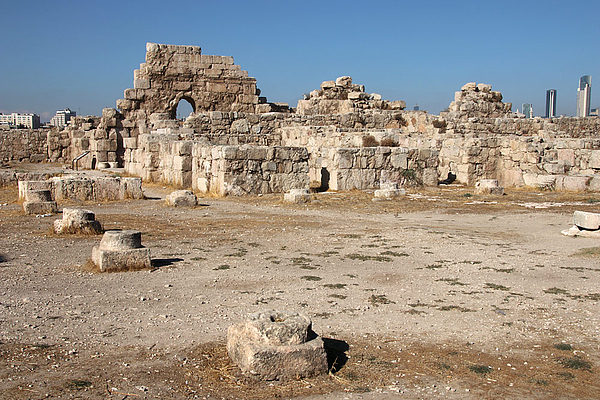 Ca. 730 AD
The open-fronted Audience Hall, or the "Iwan", was roofed by a barrel-vault. The cruciform-shaped chamber behind it is the Throne Chamber, which was thought to be covered by a dome and its floor paved with polychrome mosaic. Three recesses contain doors that connect with side rooms, and the north arm opens on to a courtyard.