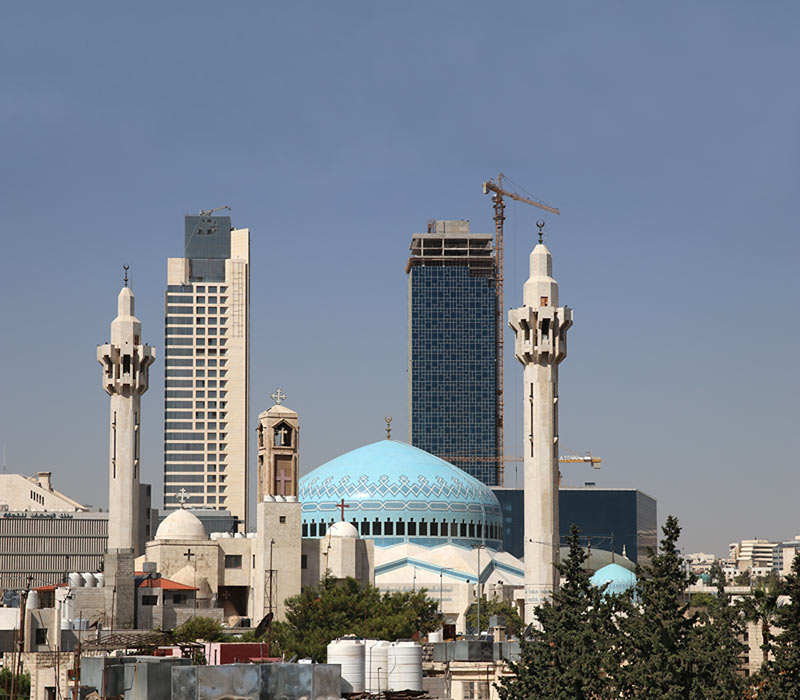 The blue-domed King Abdullah I Mosque, built in the 1980s by the late King Hussein as a memorial to his grandfather, is open to Non-Muslim visitors.

The nave with an area of 1,615 m2 has the capacity to house 3,000 worshippers. It is octogonal and distiguished for not having pillars inside. Its dome of 35 m in diameter has a height of 31 meters. A source of radiation was placed in the middle taking the form of a golden star culminating in the Ninety Nine Most Beautiful Names of Allah surrounding the dome's neck. The suspended chandelier of 168 lanterns consists of three circles with the Holy Quranic Verse with the word Allah recurring on every lantern.

The fertile land is expressed in the form of a red carpet made of an ornamental textile of recurring patterns meant to direct worshippers toward the Kiblah. All the walls, including the Kiblah, the pulpit, and the Mihrab are panelled with wooden and marble oriels.

Close to the entrance, there is a small Islamic Museum, including personal acquisitions and photos of the late King Abdullah Bin Al-Hussein. 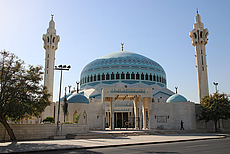 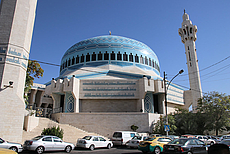 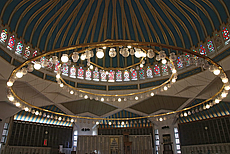 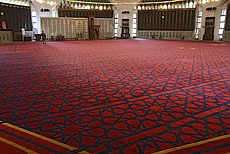 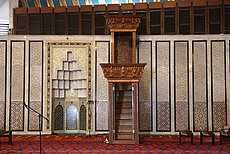 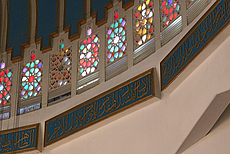 Detail of the dome 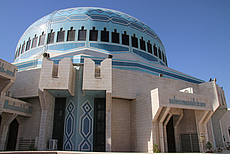 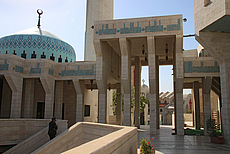 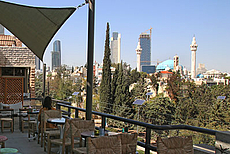 From the King Abdullah I Mosque to the JNG

Visit the mosque that welcomes Non-Muslim guests, and walk to the Jordan National Gallery