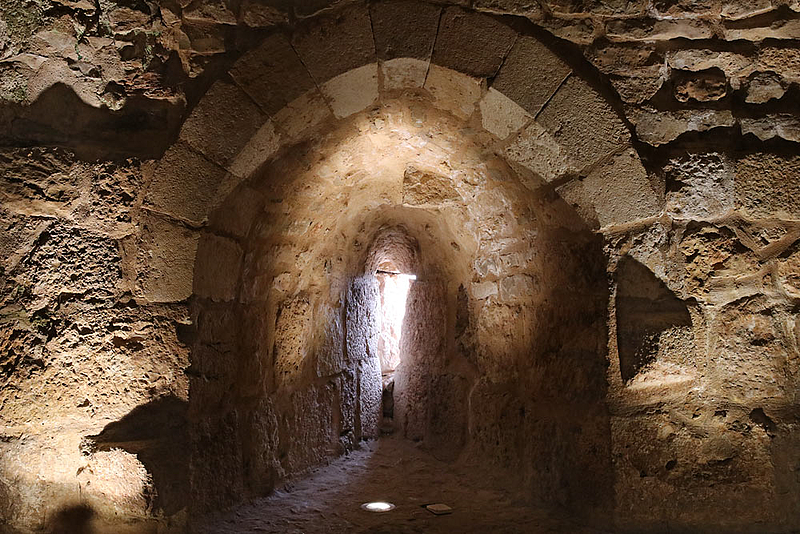 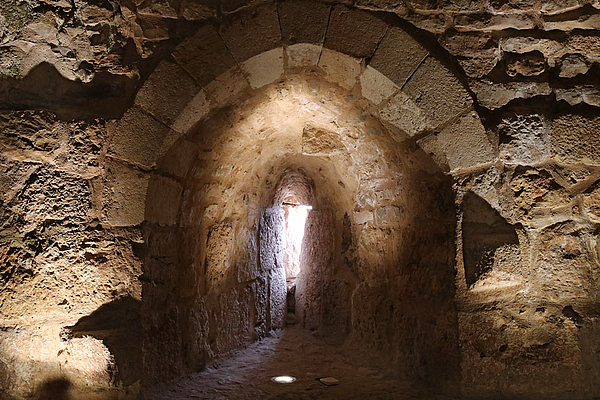 Arrow slits can be seen at various levels of the towers and are the most widespread feature of Ayyubid fortification. They are wedge-shaped openings that narrow to a slit. Later arrow slits in the upper levels of the castle were made up of removable stone blocks inserted into a wide window opening allowing more than one soldier to be located on the stone windowsill and giving them a better view.