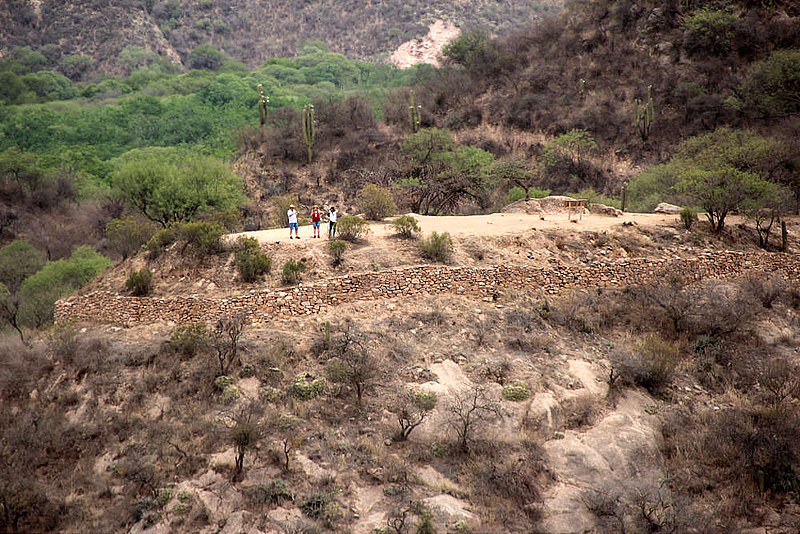 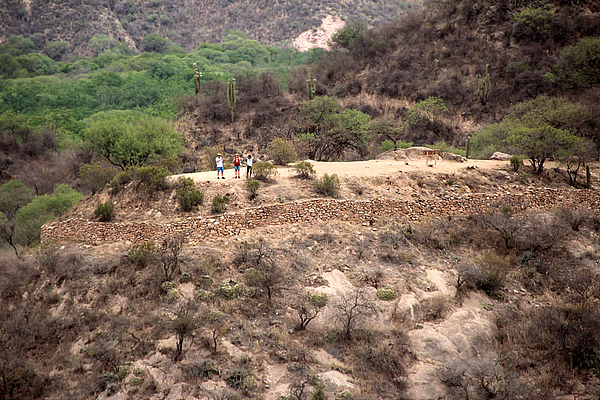 The Cerro Aterrazado Occidental is more irregular in shape and can be accessed via a waved staircase. It is surrounded by an imposing walled enclosure in which there are changes in the direction of the walls causing a zig-zag effect very typical of Inca architecture. No building was found at the top but in the north there is a granite outcrop with two large fissures, which was probably worshipped as waka or huaca rocks linked to the ancestors and endowed with special powers. There is also a mortar with several hollows, located towards the northern edge, with apparently ceremonial functions.