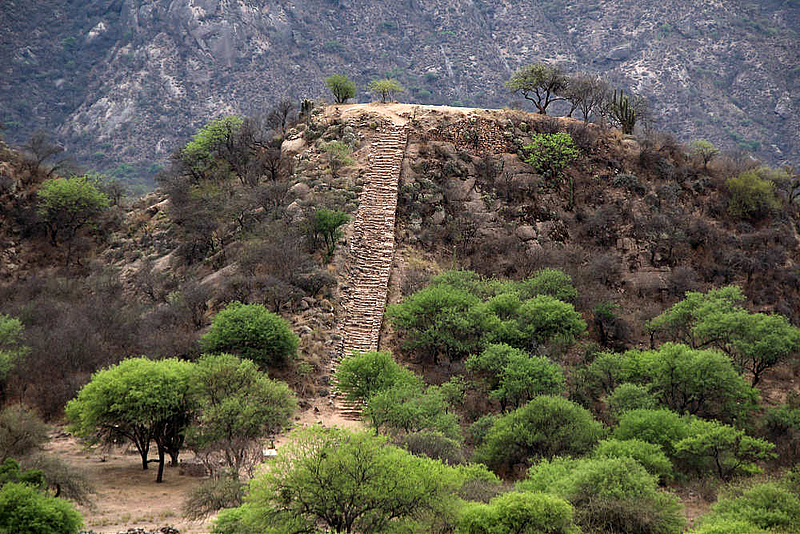 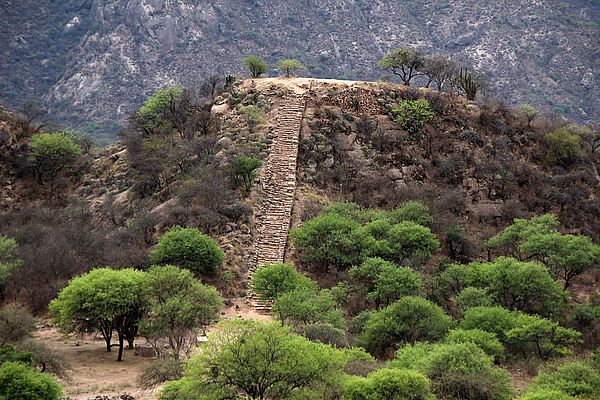 On the east and west sides of the plaza, complementing the sacred landscape of El Shincal, are the Eastern and Western Terraced Hills. This axis marks the sunrise and sunset equinoxes. They are about 25 m high and were artificially flattened and surrounded by a compact wall. Their summit is accessed by stone staircases. They were undoubtedly associated with religious activities linked to the solar cult of the Incas and also used for astronomical observations.

The Eastern Hill has an access stairway of 103 stone steps, which is completely straight, entering the summit through the remains of a door. In the place there are vestiges of a rectangular structure at the south side that is supposed to have been a temple of the Sun.