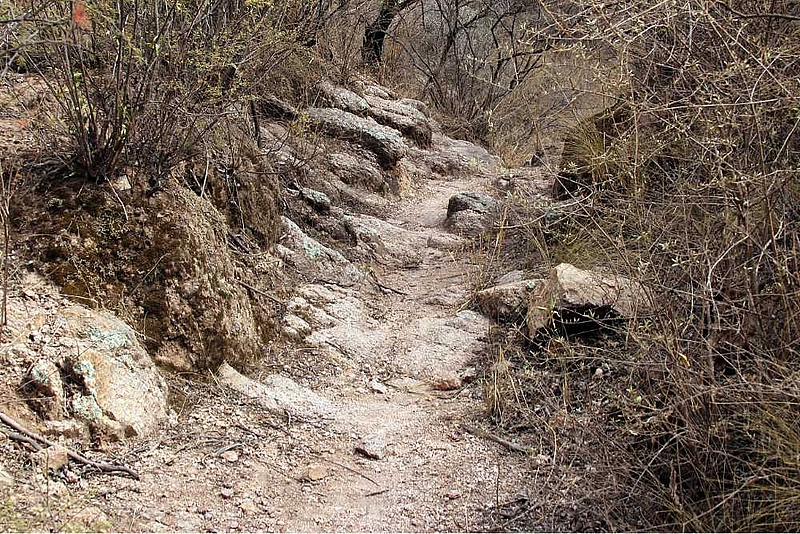 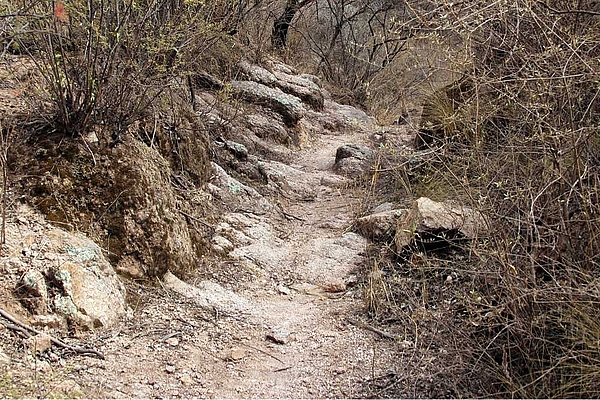 A section of the Qhapaq Ñan or Inca Trail crosses the Shincal from northeast to southwest.
The Qhapaq Ñan is the Andean road system, built by the Incas from pre-Inca structures, whose branches cross six Latin American countries: Argentina, Bolivia, Chile, Colombia, Ecuador and Peru, covering a total of approximately 30,000 kilometers. The road network connected Cusco, the Inca capital of Tawantinsuyu with the different regions annexed as part of the Inca expansion process. It constituted also a means of political, administrative, economic and cultural integration. It was declared a World Heritage Site by UNESCO in 2014.