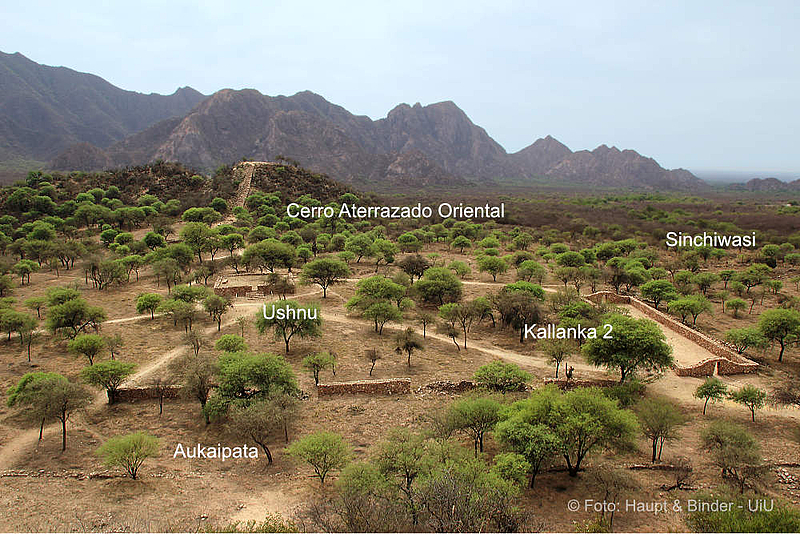 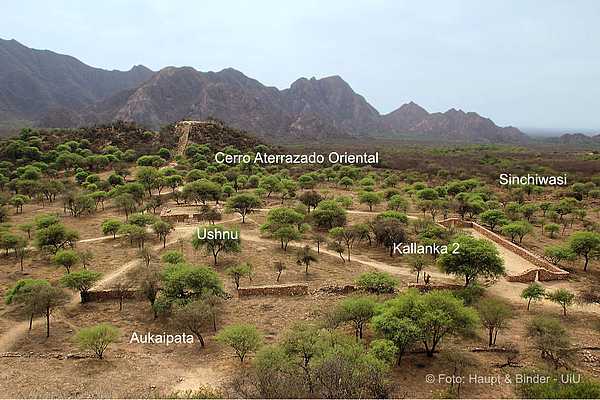 In the background, the Eastern Cerro Aterrazado (a sacred hill, artificially flattened and accessed through a stone staircase).
The built structures (terms in Quechua language) are:

Aukaipata: Central square, 175 x 175 m arranged according to the cardinal directions. Remains of the delimitation wall can be seen at the bottom of the image. The larger double wall of about 60 m length and four doors is a symbolic threshold to limit the visibility and determined the approach to the ceremonial space.

Ushnu: Ceremonial platform where local authorities were honored, judgments were pronounced, religious ceremonies with libations and offerings were held, and astronomical observations were made.

Sinchiwasi: The remains can barely be seen. First supposed to be barracks, this building complex probably housed the workers in charge of the construction and maintenance of the buildings.