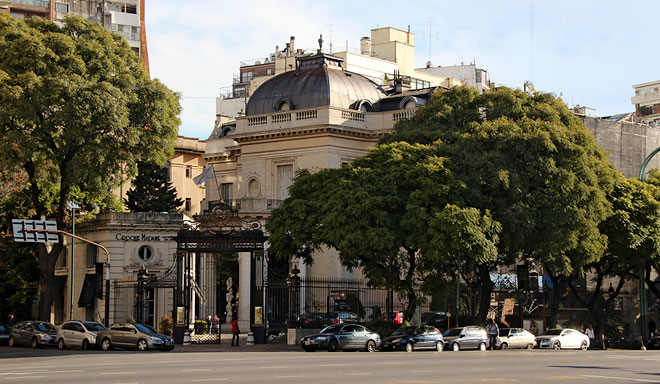 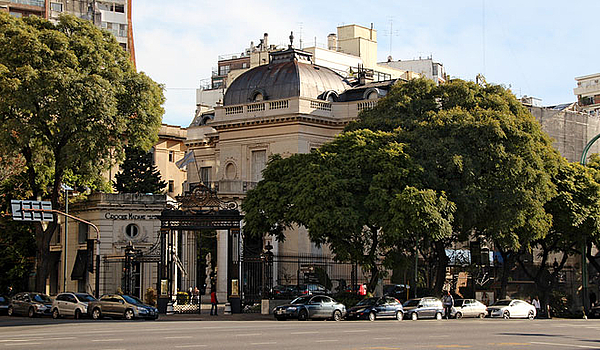 The building is an excellent example of the French eclectic style, very fashionable in Buenos Aires at the beginning of the 20th Century

The project was commissioned by Matías Errázuriz and Josefina de Alvear to the French architect René Sergent (1865-1927), one of the most famous professionals of that time.
It was constructed between 1911and 1917 under the direction of the local architects Eduardo M. Lanús and Pablo Hary.
The exterior aspect of the building is sober and imposing, inspired in the neoclassicism of the 18th Century. All materials, except the rough masonry, were brought from Europe, even specialized craftsmen for some specific works, such as the stucco. The interior design was commissioned to the most recognized decorators.