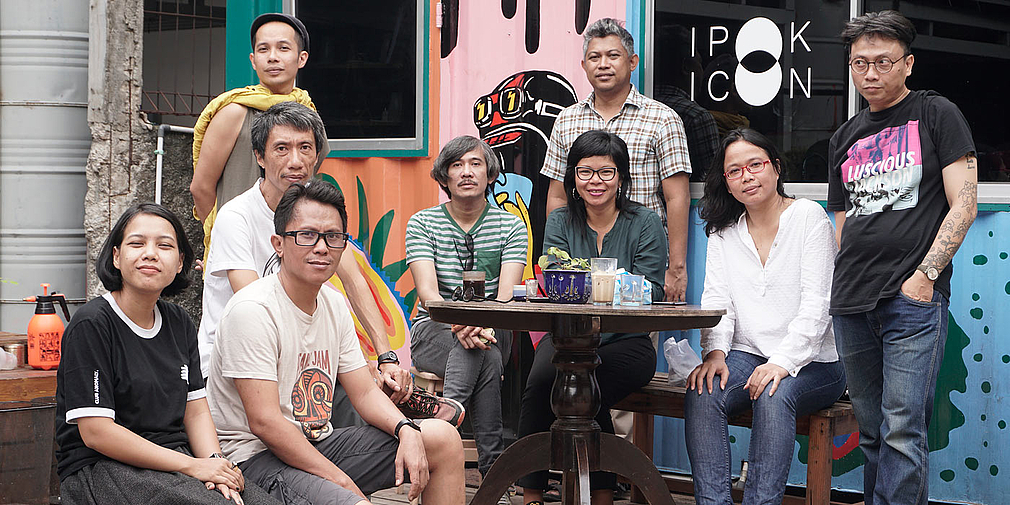 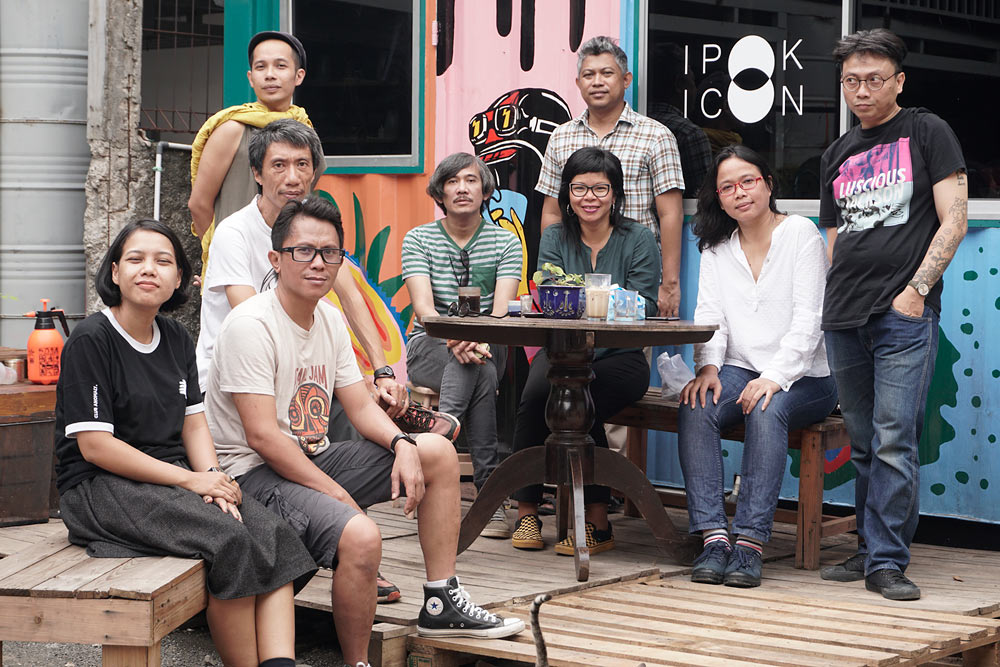 ruangrupa is a Jakarta-based collective established in 2000. It is a non-profit organization that strives to support the idea of art within urban and cultural context by involving artists and other disciplines such as social sciences, politics, technology, media, etc, to give critical observation and views towards Indonesian urban contemporary issues. ruangrupa also produce collaborative works in the form of art projects such as exhibition, festival, art lab, workshop, research, as well as book, magazine and online-journal publication.

From 2015-18, ruangrupa co-developed a cultural platform Gudang Sarinah Ekosistem together with several artists’ collectives in Jakarta, located at Gudang Sarinah warehouse, Pancoran, South Jakarta. It is a cross-disciplinary space that aims to maintain, cultivate and establish an integrated support system for creative talents, diverse communities, and various institutions. It also aspires to be able to make connections and collaborate, to share knowledge and ideas, as well as to encourage critical thinking, creativity, and innovations. The results of these joint collaborations are open for public access—and presented with various exhibitions, festivals, workshops, discussions, film screenings, music concerts, and publications of journals.

In 2018, learning from their experience establishing Gudang Sarinah Ekosistem and together with Serrum and Grafis Huru Hara, ruangrupa co-initiated GUDSKUL: contemporary art collective and ecosystem studies (or Gudskul, in short, pronounced similarly like “good school” in English). It is a public learning space established to practice an expanded understanding of collective values, such as equality, sharing, solidarity, friendship and togetherness. 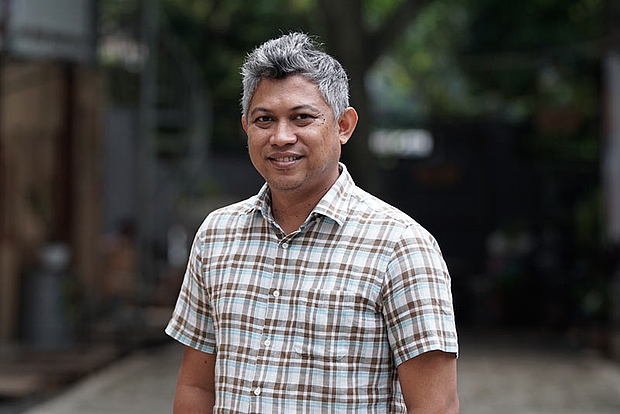 Ade Darmawan lives and works in Jakarta as an artist, curator and director of ruangrupa. He studied at Indonesia Art Institute (ISI), in the Graphic Arts Department. In 1998, a year after his first solo exhibition at the Cemeti Contemporary Art Gallery, Yogyakarta (now Cemeti Art House), he stayed in Amsterdam to attend a two-year residency at the Rijksakademie Van Beeldende Kunsten. His works range from installation, objects, drawing, digital print, and video.

As a curator, he has contributed in Riverscape in-flux 2012, Media Art Kitchen 2013, Condition Report 2016, and Negotiating the Future: 6th Asian Art Biennial in Taiwan. Together with ruangrupa, he co-curated TRANSaction: Sonsbeek 2016. From 2006-09, he was a member of Jakarta Arts Council, which led him to be appointed to become the artistic director of Jakarta Biennale in 2009. He is the executive director of Jakarta Biennale during its 2013, 2015 and 2017. 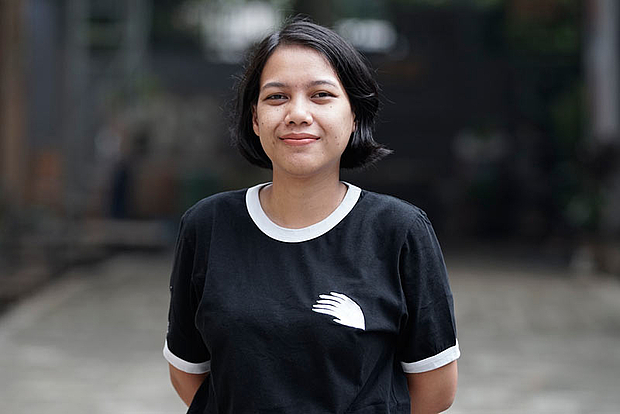 Ajeng Nurul Aini graduated from journalism program, Institute of Social and Political Science (IISIP), Jakarta, in 2010. She was active in Forum Lenteng for several years and worked in various TV programs as a video journalist.

Besides managing various art and music projects and events in Indonesia, she is also traveling Asia as a manager for a vinyl-spinning maternal duo, iramamama. With ruangrupa, she co-curated TRANSaction: Sonsbeek 2016 in Arnhem, NL. 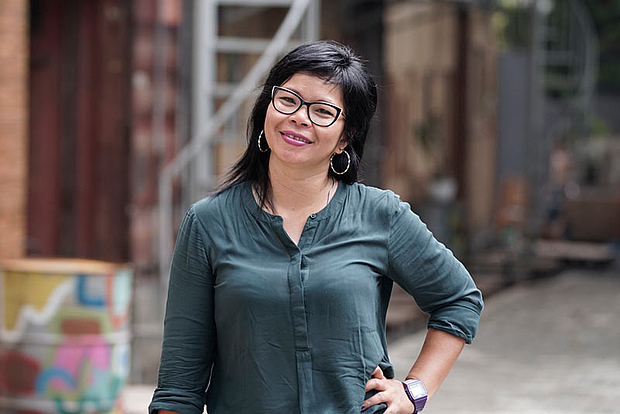 Daniella Fitria Praptono is a mother of three children and an artist focusing on children and women. Besides managing regular workshops for urban women and teaching Arts Introduction for Kids in Gudskul, she also manages ruangrupa’s financial affairs.

In 2010, she founded rurukids, an after school art program targeting children and their educators—parents, teachers and members of the society—through discussions, workshops and open classes.

Graduating from Jakarta Institute of the Arts in 1998, majoring in graphic arts, she continuously works as a book illustrator for children and teens. Between 2004-13, she taught arts to elementary to high school students using IB and Cambridge curriculum. She is currently finishing her latest illustrated story book, entitled ‘Toleyot’. 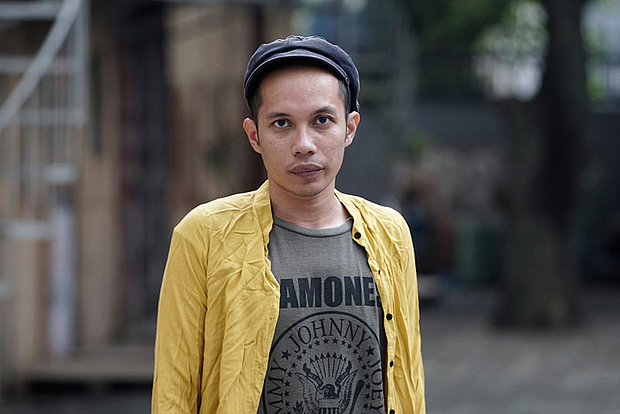 Trained as an architect (B.Arch from Universitas Indonesia and M.Arch from Cranbrook Academy of Art), Farid Rakun wears different hats, dependent on who is asking.

He has worked for Jakarta Biennale in different capacities since 2013 and currently serves as its interim director. 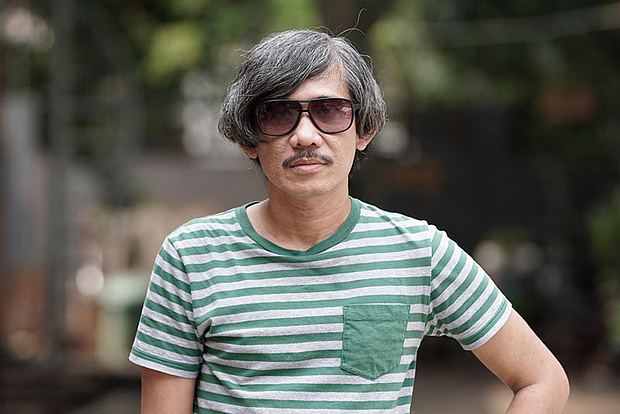 Since 2001, Indra Ameng has been working as a program coordinator at ruangrupa, with whom he has participated in various art events, including cocurating TRANSaction: Sonsbeek 2016 in Arnhem, NL. He is also working as a Festival Director for RRREC Fest—an annual three-day alternative music festival and art in Jakarta and Sukabumi (West Java) that focused on showcasing music from Asia–from 2011 until now.

He is also working as a band manager of Indonesian pop sextet White Shoes & The Couples Company, since 2004. In 2007, with her partner Mrs. Keke Tumbuan, he created The Secret Agents, a duo working on projects involving conceptual art that based on photography and promoting good music in the local music scene. The Secret Agents have been running a music gig since 2008 named “SUPERBAD!” a monthly showcase of indie music at the Jaya Pub Jakarta. 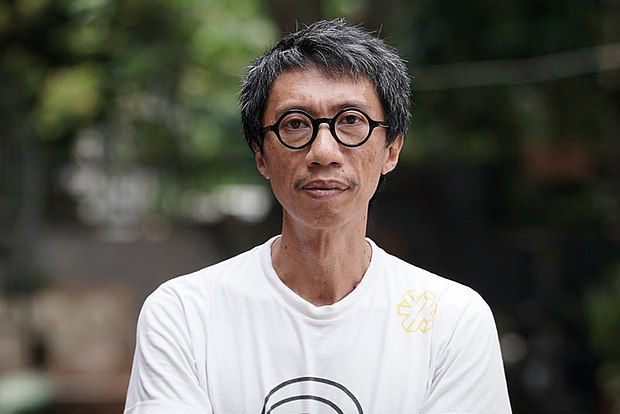 Iswanto Hartono is one of the few contemporary Indonesian artists with a background in architecture. Known as an artist with a conceptual base, Iswanto has been exhibiting his works since the late nineties, showing works with a strong social and political content.

Iswanto’s works betray his interest in history/memory, globalization, and geopolitical powers, post-colonial, in race/identity. Most of his works deliberately steer away from explosive and responsive artistic expressions and presenting unpredictable idioms. Iswanto is particularly interested in parts of that country’s history that have consciously been forgotten.

His previous projects revolved around colonisation and post-colonial debates and the battle of identity in contemporary Indonesia. Some of his latest exhibitions: Beyond Wonder: Perspective of Utopia, Tokyo Wonder Site, Nagoya (2018), DAK’ART 2018, during Dakar Biennale 2018 [Para-Site]; and his latest self-titled solo show, staged in Oudekerk, Amsterdam, during Europalia Indonesia (2017).

Living and working in Jakarta, Iswanto is an artist, architect, curator and writer. With his partner-in-crime, also in ruangrupa’s ArtLab, Reza Afisina, he established a conceptual duo: RAIH. 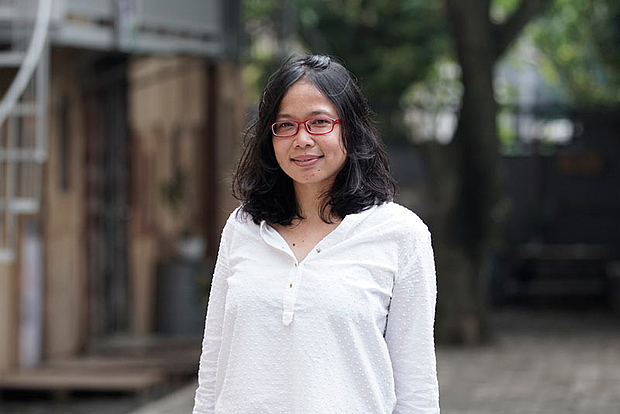 Julia Sarisetiati graduated from the photography major of Arts and Design Faculty, Trisakti University. In Gudskul, she teaches a subject titled “Collective Sustainability”. A big part of her artistic practice focuses on Indonesian migrant workforces sustainability and ecosystem.

In 2017, she curated the media art festival OK.Video, where she exhibited works on the theme of “pangan” (food), developing ideas into laboratory-based research projects to demonstrate and explore economic and social sustainability. Currently, as a curator, she is working towards “RETURNS: Migration Narrativesin Southeast and East Asia” with the Goethe Institute. 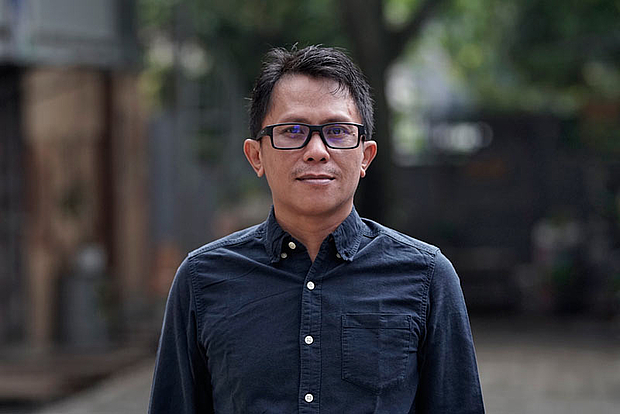 Mirwan Andan studied at the Islamic Boarding School for 6 years in Watampone and Makassar. From 1999–2004, he studied French Literature at the Universitas Hasanuddin, Makassar. In 2012, he graduated from Political Science in the Universitas Indonesia, while working in ruangrupa as a researcher and developer since 2007. He took part in Jakarta Biennale 2015 as researcher and cocurated TRANSaction: Sonsbeek 2016 in Arnhem, NL.

From 2016–2018, he worked as advisor for Director General of Culture, Ministry of Education and Culture, Republic of Indonesia. Later he co-founded Inisiatif Rukun and Nasaruddin Umar Office in early 2018, as endeavors to identify, conserve and disseminate the values of harmony and moderate Islam in Indonesia and globally.

He now lives in two cities, back and forth, Jakarta and Makassar, mainly for family reasons. He recently opened a small library called Riwanua, at Gudside, Jakarta, while continuously running a project initiative called Jalur Timur in Makassar with his fellow researchers, artists, and cultural activists. 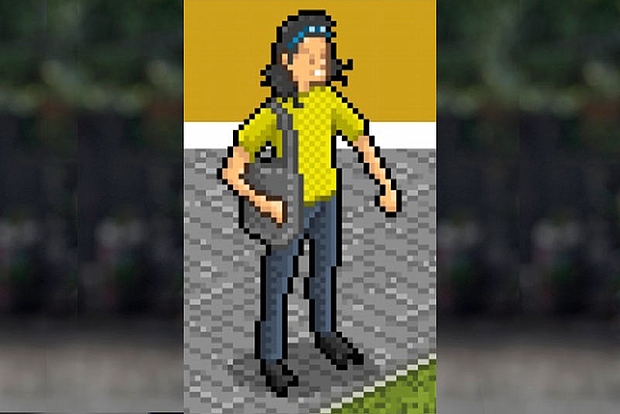 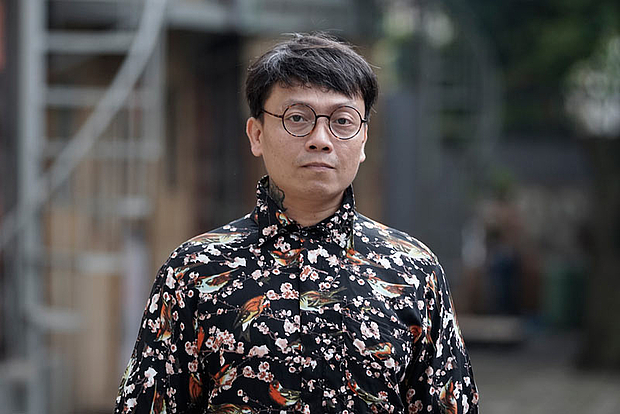 Joined ruangrupa since 2003, he was the collective’s program coordinator until 2007. Since 2008, he has been the director ruangrupa’s ArtLab. He co-curated TRANSaction: Sonsbeek 2016 in Arnhem, NL. With his partner-in-crime, also in ruangrupa’s ArtLab, Iswanto Hartono, he established a conceptual duo: RAIH.