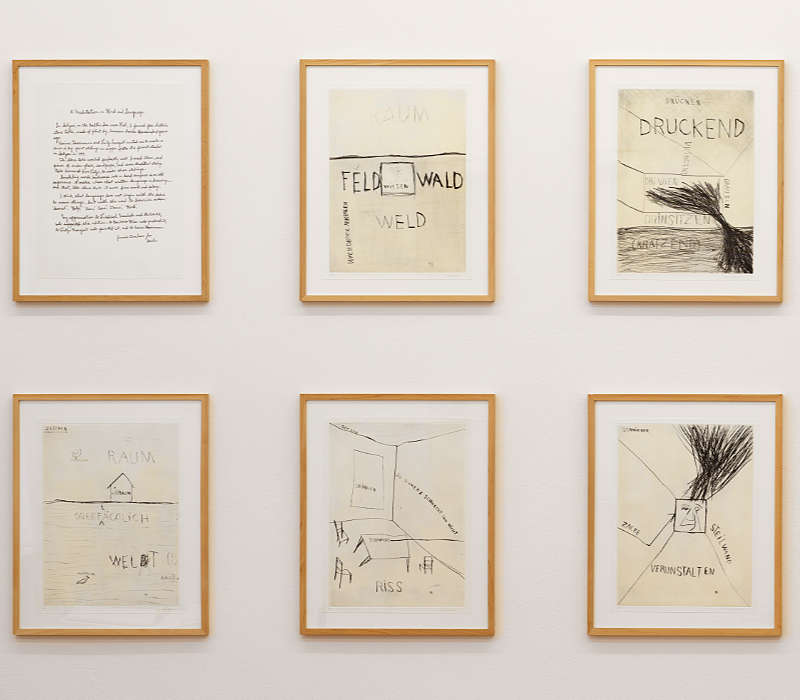 On the 17th of November 2021, the artist and author Jimmie Durham passed away. The shock of this news among the artworld was, and still is, enormous; Durham was one of the most important internationally active contemporary artists and remains a role model for many who are similarly interested in political, scientific, and aesthetic issues. Durham inspired many other artists, and early on, offered complex commentary on subjects which today are widely-discussed, for example, on the Eurocentric gaze and its consequences. As a political activist, he spent his life advocating for the rights of Indigenous populations. In the 1970s, Durham founded the International Indian Treaty Council and became their representative at the United Nations. And as director of the Treaty Council he organized the first United Nations Conference On Discrimination Against Indigenous Populations in the Americas held in Geneva in 1977. His activities led to the Declaration of the Rights of Indigenous Peoples, among other things.

Durham exhibited at numerous art biennales; he took part several times at documenta in Kassel, and his participation will continue in 2022 with a work of his on view at documenta fifteen. In 2016, he was awarded the Goslarer Kaiserring art prize, and in 2019 he received the Golden Lion for Lifetime Achievement at the Venice Biennale. As the director of the Hayward Gallery in London, Ralph Rugoff, said, "I have nominated Jimmie Durham for the Golden Lion for Lifetime Achievement of the 58th International Art Exhibition based on his remarkable accomplishments as an artist over the past six decades, and in particular for making art that is at once critical, humorous and profoundly humanistic."

"Artist, performer, essayist and poet, Durham had his first solo exhibition in 1965 (we should probably be giving him two lifetime awards by this point in time). His generously expansive artistic practice spans many media, including drawing, collage, photography and video, but he is best known for his sculptural constructions, often made from natural materials as well as inexpensive common objects that evoke particular histories.

These sculptures are often accompanied by texts that drolly but incisively comment on Eurocentric views and prejudices. Insistently invoking the limits of Western rationalism and the futility of violence, his work has also frequently made reference to the oppression and misunderstanding of different ethnic populations around the world by colonial powers. Durham typically treats this material without the slightest trace of ponderous gravitas; instead, he forges razor-sharp critiques that are infused with shrewd insight and wit, and that pleasurably demolish reductive ideas of authenticity."

Rugoff rightly underlines how important Durham's texts are in understanding his artistic concepts. They are incredible works of literature and simultaneously contain, as Rugoff says, razor-sharp critiques of the world's status. Highlighting this is the goal of Barbara Wien's exhibition Jimmie Durham. texts and recordings.

Another reason, for why attention is devoted to Durham's writings within his work, is rooted in the history of Durham's connection to Galerie Barbara Wien. Since 2000, the gallery has not only realised four solo exhibitions with him, but has also published Durham's poetry collections - Poems That Do Not Go Together (2012), Particle/Word Theory (2020) - and The Usual Song & Dance Routine with a Few Minor Interruptions lecture he gave in Glasgow in 2010 which appears in the booklet how to write 2 (2013).

The exhibition features two films: one involves a reading from the book Particle/Word Theory (2020), and the other is a recording from the aforementioned lecture Durham gave at the Glasgow School of Art in 2010. The lecture shows how Durham not only recites his text, but also how he activates the audience, incorporates the interruptions mentioned in the title (The Usual Song & Dance Routine with a Few Minor Interruptions), and imparts his thoughts in a playful manner, free from any weighty significance.

The third contribution takes the form of extracts from the previously unpublished reading Poems: Written, Drawn, Selected and Read by Jimmie Durham. The recording took place in Berlin in April 2021 following an invitation from Sergio Edelsztein (Ediciones Inauditas). Durham reads from his books Columbus Day (1983), Poems That Do Not Go Together and Particle/Word Theory, and other unpublished poems. In summer 2022, the recording will be released on vinyl as Record #1 of an LP series founded by Marius Babias and Sergio Edelsztein, Neuer Berliner Kunstverein (n.b.k.). A text by the poet Ammiel Alcalay, situating Durham's poetry within American literature, will be published in the accompanying booklet. 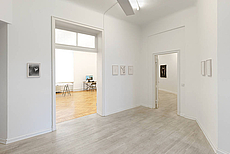 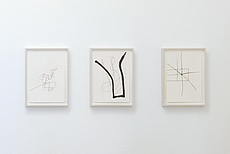 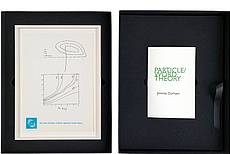 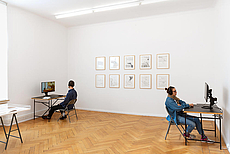 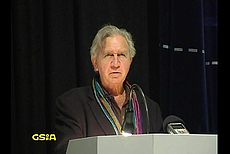 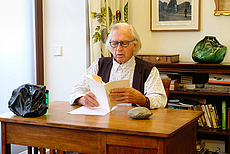 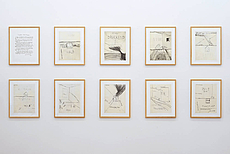 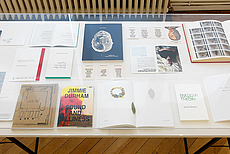 In the gallery's north room, Barbara Wien presents Pissing in Germany (2012), an installation comprising texts about journeys Durham made in 2012 to install various shows: a retrospective in Antwerp, an installation at dOCUMENTA (13) in Kassel, and a sculpture at the fair in Basel. Durham vividly depicts the effort involved in tedious train journeys through boring landscapes, integrating also an absurdity of Deutsche Bahn: a 50 cent coupon given after using the toilets. At the end of Pissing in Germany, we learn that Durham's trip ended in his admission to hospital following a stroke. The visitor can see the reconstructed installation that Durham devised for the gallery in 2012.

In addition, on view is a portfolio of prints titled Mäßige Materialfehler, an edition Barbara Wien released with Durham in 2000. It consists of nine etchings which he made with sharp rocks and glass splinters instead of the usual etching tools. The accompanying text is titled A Meditation on Work and Language. As is often the case with Durham, it is about the connections between language, writing, and consciousness:

"Scratching words backwards into a hard surface is an odd experience. It makes clear that written language is drawing - and that, like stone tools, it comes from work and play.

I think that language does not begin with the desire to name things, but with the need to describe action: 'Search!, 'Help!, 'Run', 'Come', 'Dance', 'Work'."

Various contributions will add to the exhibition throughout its duration, for which Barbara Wien has asked some of Durham's companions such as Anne Ellegood (senior curator of Durham's retrospective At the Center of the World, Hammer Museum, Los Angeles 2017; today, Ellegood is the Good Works Executive Director of the Institute of Contemporary Art, Los Angeles); Bart de Baere (director of M HKA, Antwerp); and Ammiel Alcalay (poet, scholar, critic, and translator who lives in New York).