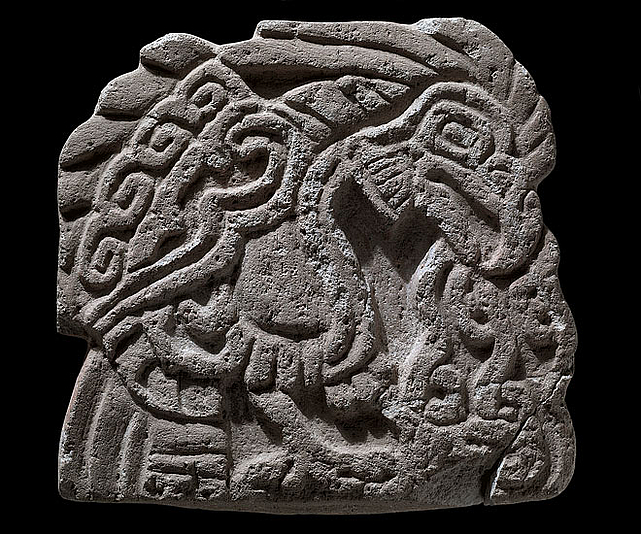 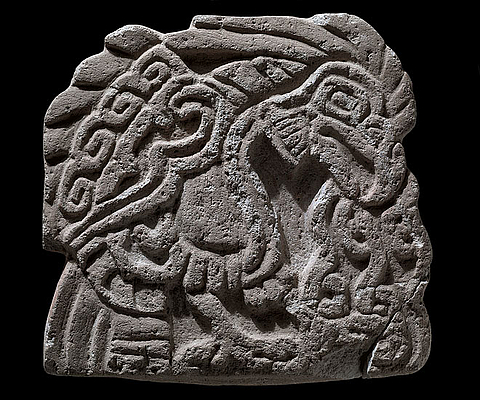 Teotihuacan, 250-650 A.D.
Height: 34 cm; width: 33 cm; depth: 9 cm
Col. Lehmann, 1909
ID IV Ca 38500
National Museums in Berlin, Ethnological Museum
The Berlin scholar of pre-Columbian America, Walter Lehmann, brought hundreds of objects from Teotihuacan to Berlin, including the stone relief with the image of an eagle holding a heart in its talons and pecking at it. "Found at the foot of Pyramid A, western side," Lehmann wrote in his notes in 1909. He was referring to the middle of three small pyramids on the lower platform of the sun pyramid. They no longer exist today.

The theme here is certainly human sacrifice, which was offered to the sun to continue its daily cycle – and that of life itself. The eagle was a symbol of the sun.