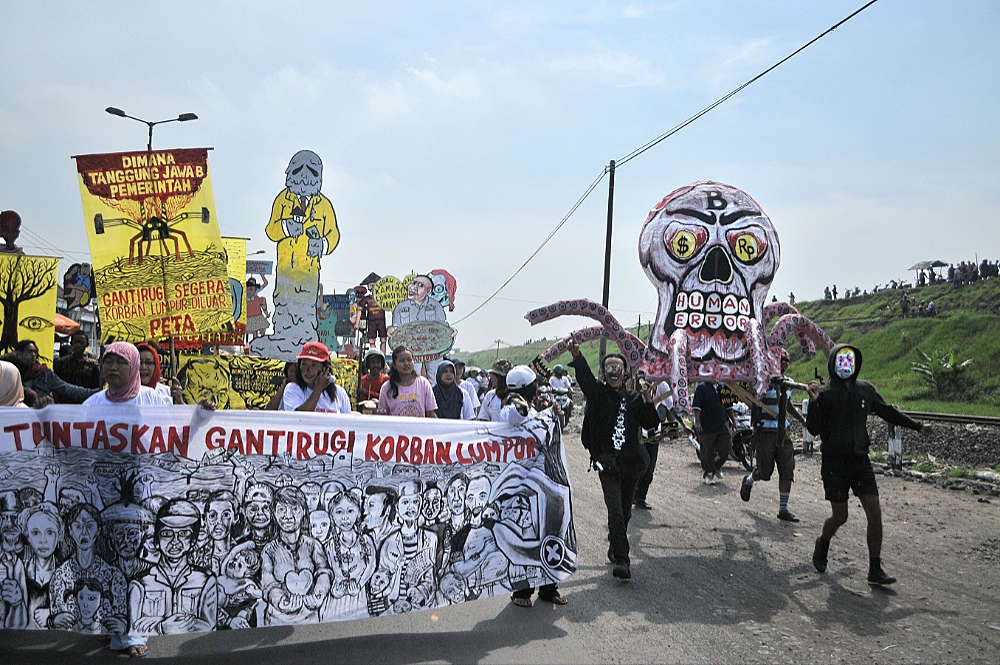 "Lumbung," "Majelis," "Nongkrong": Lately, these Indonesian terms have been mentioned a lot in connection with documenta fifteen which starts in Kassel on June 18. But what does the concept by Documenta’s artistic team around ruangrupa mean for the concrete practice of the participating artists?

Indonesians are very persevering when they sit together over sweet tea and krupuk. This "hanging out together," as most international media translate the word "nongkrong," certainly does not mean only unproductive leisure time palaver, but is a prerequisite for almost all important decisions Indonesian society: whether in the family circle, in the village council or in the committee of a ministry. German efficiency conept is out of place here. It is rather about listening to all sides and finding a solution that everyone can live with. Even if it means sitting down a second or third time and making much more tea.

A process of solution finding that does not suit everyone. The Western art world has so far been guided primarily by the image of an individualistically acting artist who implements his ideas rather spontaneously, without interference of other perspectives and often guided by his own needs. However, this does not usually result in sustainable projects or activities that are useful to the community. But this, in fact, is the goal of documenta fifteen, which is led by the Indonesian collective ruangrupa: With their concept of a "lumbung" – a rice barn that Indonesian village communities share referring to everybody’s needs – they want to introduce a culture of sharing to international art as well. Therefore, in order to develop a sustainable cooperation that goes beyond the art show, all participants of this year's Documenta – whether collectives or individuals – have to work together in groups, the so-called Mini-Majelis. The word "majelis" comes from Arabic and means "council," whether in a political, social or religious context.

"I think it was super important to collaborate in this way," says Dutch artist Reinaart Vanhoe. "Before, I've never been involved in an exhibition where I shared all the ideas and even the budget with the other artists beforehand. Usually you deliver your work, and the rest is private." Conceptual artist Vanhoe, who runs art space ook_ in Rotterdam, works in his Mini-Majelis with Australian artist Richard Bell and three collectives: ikkibawiKrr from Korea, Taring Padi from Indonesia and Wakaliwood from Uganda. The participants met on a set rhythm around four weeks on Zoom – where everyone reported on how their projects are developing, where things might be stuck and where new ideas or possibly help is needed. Then they discussed. There is a common pot of money, the use of which is decided together. This should explicitly include the financing of further collaborations beyond documenta fifteen. The amount of the sum depends on the size and number of members of each group. The plans and activities of the nine Mini-Majelis then were presented every few months in the Majelis Akbar, a kind of full plenary meeting of all Documenta participants together with the Artistic Team around ruangupa.

Not all documenta fifteen participants are enthusiastic about the Majelis system. Some artists complain that too much time is wasted on lengthy presentations and discussions instead of using it for production. Still others find the bureaucratic hurdles too high that Documenta as an institution sets in order to actually release the collective money. Such criticism is also openly addressed – among others by the Arts Collaboratory Project, which as a so-called harvester accompanies the activities of documenta fifteen as an observer and reflects on the documentamtam platform.

Reinaart Vanhoe is also one of the harvesters who record whether the "seeds" of the lumbung concept are taking root – at the platform lumbung.space or in the form of drawings. "The composition of some groups could have been better thought out," criticizes the lecturer at Willem de Kooning Academie in Rotterdam. "Communication was not optimal - it's unclear what criteria were used to divide us up." It was also somewhat unfortunate, he says, that the members of the Mini-Majelis were looked after by different production assistants. Thus, in practice, one would not have been able to hear much of the other's work processes, which were later to be discussed together.

ruangrupa and their Artistic Team have, after an initial introduction, largely stayed out of the proceedings within the Mini-Majelis. In case of problems, the Artistic Direction is of course approachable. But the goal is for the members of the individual groups to develop their cooperation in the long term in such a way that they no longer need outside help. Gudskul from Jakarta, a collective ecosystem for education and contemporary art that ruangrupa founded together with two other collectives, serves as an orientation for other Documenta participants. "At first glance, it may seem strange that we invited an organization that we co-founded to Documenta," explains ruangrupa member Reza Afisina. "But instead of long theoretical explanations, it allows us to demonstrate with a concrete example what we mean by lumbung practice: from the collaborative organization of events, to the economic cycle of a collective pot being redistributed, to joint evaluation."

Needless to say that it was not easy to transfer this practice to a major event like Documenta. The Covid pandemic made the process even more difficult: Instead of getting to know each other in advance in groups in Kassel – as originally planned – almost all meetings had to be planned online. Only individual artists have already met in person during visits. "The biggest challenge here was that we all come from completely different contexts and didn't know each other beforehand either. All of a sudden I'm supposed to decide on things that I've never done or experienced myself," says Reinaart Vanhoe. Setu Legi from Taring Padi also confirms: "It wasn't easy to get together at the beginning, the needs are very different. But what I like about the system is that no one is left behind, while others become the highlight, simply because they have the better resources."

So far, money from the Mini-Majelis common pot has flowed into, among other things, a better Internet connection for Wakaliwood and the transport costs of Taring Padi, which have risen significantly higher than originally planned thanks to Corona. Vanhoe, who lives in Rotterdam, just a four-hour drive from Kassel, has so far found himself rather on the giving side. "Still, I can take a lot from this collaboration, new perspectives and ideas, I have learned a lot. I also referred Wakaliwood to the Rotterdam Film Festival and organized a workshop together with Taring Padi."

Even after documenta fifteen, the collaboration is to be continued. ikkibawiKrr and Taring Padi have already planned a mutual residency program. Reinaart Vanhoe and Richard Bell might publish a book together. And the Dutch artist's next project could take him to Africa: Fascinated by the imaginative trash-action-film culture of Wakaliwood, he is eager to delve deeper into Uganda's emerging film scene, for whose development up to now there has neither been money nor infrastructure.