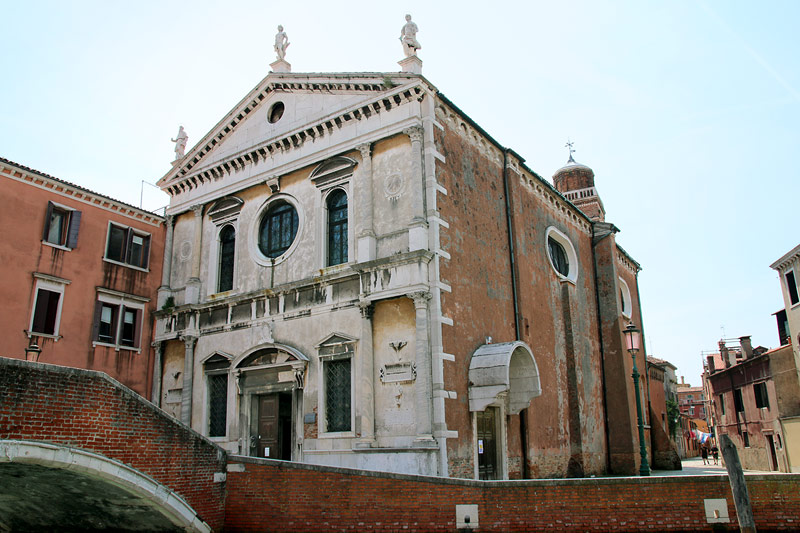 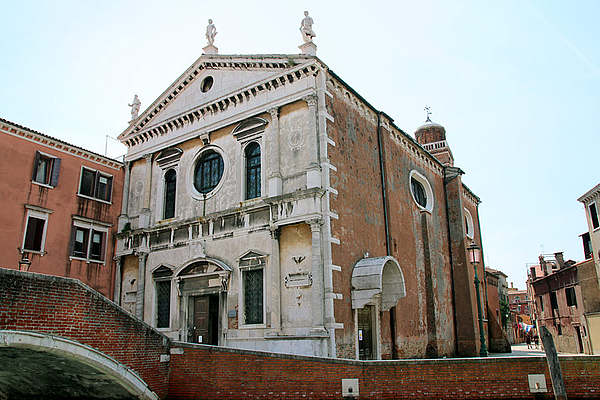 Church of Saint Sebastian. Located on the site of a former hospice from the end of the 14th century. After a first expansion in 1468 it was converted into a church, with further restructuring and enlargement completed in 1548.

Remarkable are its cycle of paintings by Paolo Veronese (* 1528 Verona. + 1588 Venice), who spent three periods between 1555 and 1570 decorating various parts of the interior, including ceiling canvases and frescoes on the nave and altar walls, parts of the sacristy, the choir, as well as completing the organ decorations and a large altar piece.

Map of this tour