Photo below: Rachid Koraїchi throws rose petals in the bowls. 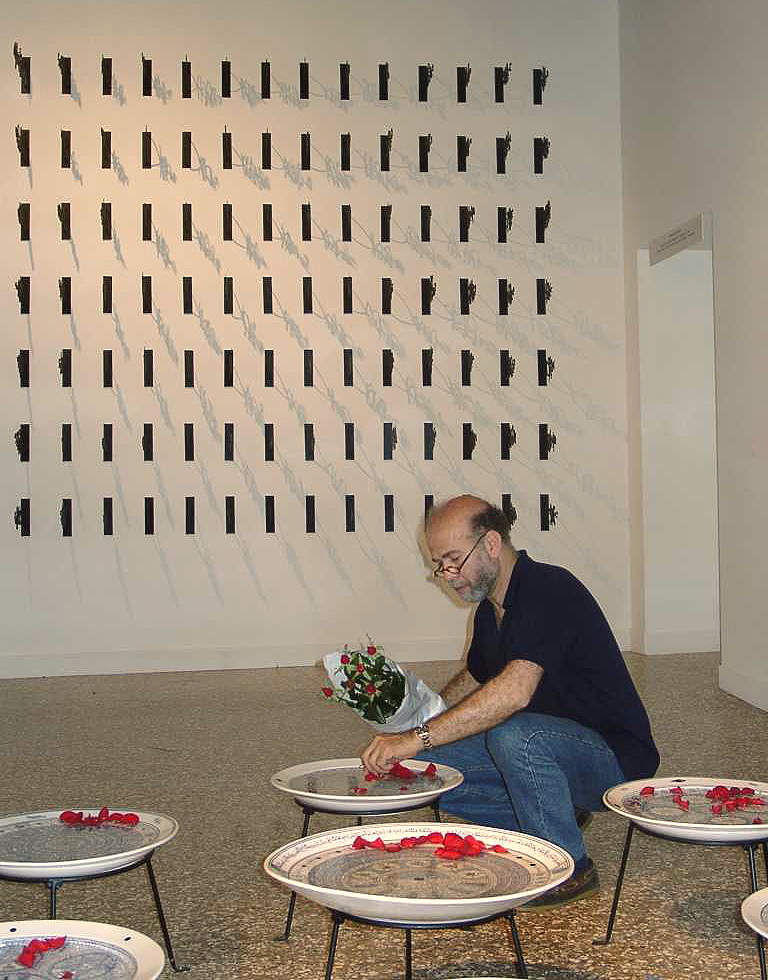 Paris-based Algerian artist Rachid Koraїchi's nonpareil mastery of calligraphy can be seen in Le Chemin de Roses, in which he evokes the idea of safar or travel and transcendence in Islamic Sufi thought by recalling the trip of the traveller and scholar Jalal al-Din al-Rumi across the Mediterranean to Qonya, Turkey, where legend has it that he met Ibn Arabi, the great Sufi mystic and poet. Koraїchi’s installation iconizes al-Rumi’s journey across continents through Turkish ceramic ablution basins, Moroccan gold-embroidered linen, and metal, highlighting the rich encounter between two Sufi masters and three continents, as well as al-Rumi’s idea of the inseparability of aesthetics and metaphysics, where art unites with the Divine.