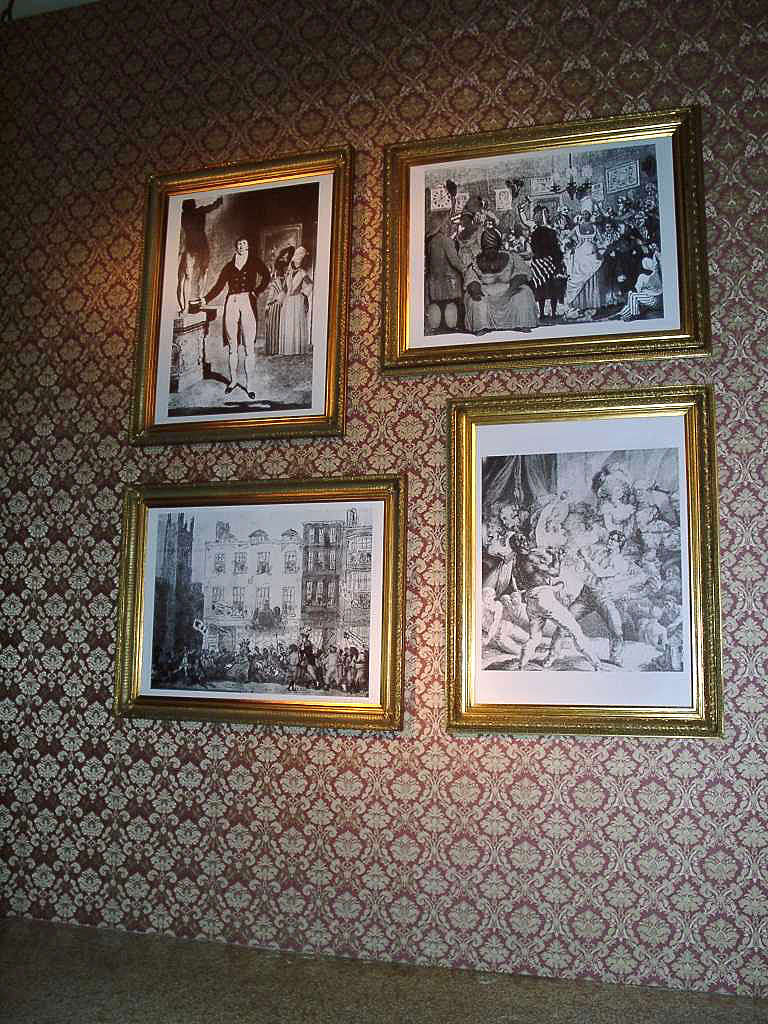 In Lord Byron's Room, Godfried Donkor continues his exhumation of repressed histories of black presence in Europe using archival sources and references to popular culture to reconstruct and reinsert key occasions and moments in the circulation of African personalities within the elite circles of Europe. Building on the Victorian nobleman's reputation as a boxing enthusiast at a time when blacks had already established supremacy in the sport, Donkor suggests an inevitable close relationship between Byron and his circle, and prominent black pugilists of the time, a reference that hardly survives in narratives of the Victorian age. The idea is to restore complexity to the history of cross-cultural relations and human interaction where such appears to have systemically evaporated.