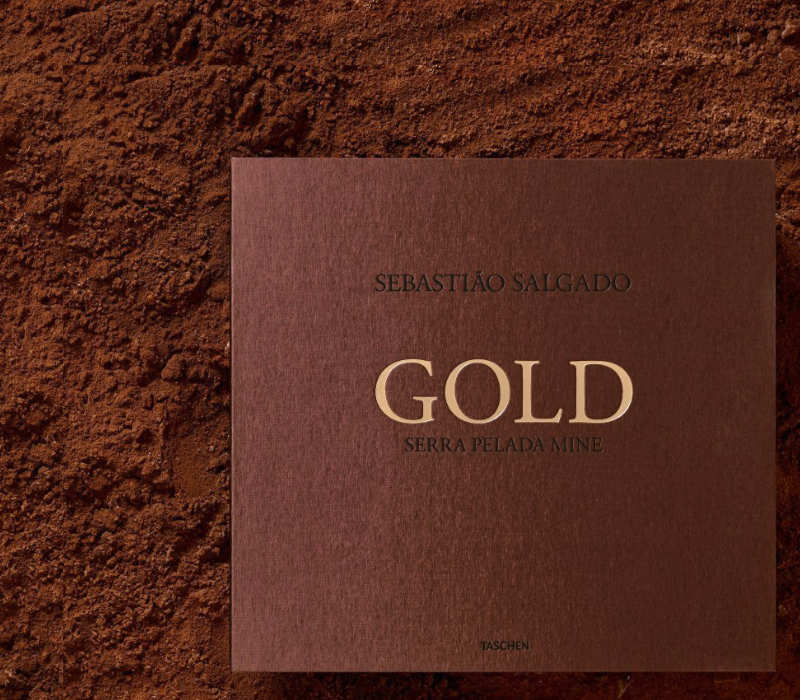 Sebastião Salgado is the recipient of the 2019 Peace Prize of the German Book Trade. The Prize was awarded to the Brazilian photographer as an artist "who demands social justice and peace with his photographs". At the same time, with his Instituto Terra, he has created an institution that makes a direct contribution to the revitalization of biodiversity and ecosystems.

GOLD – The Serra Pelada Mine

Between the months of July and November, the exhibition space of Sesc Avenida Paulista will present the exhibition Gold – The Serra Pelada Gold Mine by Brazilian photographer Sebastião Salgado, curated by Lélia Wanick Salgado. The show features a photographic series that arose based on his trip to the district of Serra Pelada, where over the course of one month he witnessed firsthand the daily life of the gold diggings and the entire social landscape that was formed around the precious metal’s extraction.

The history of the mine, located in the state of Pará, in the Amazon region, is traditionally linked to the wildcat mining activities that boomed after the discovery of gold in the late 1970s. The zone attracted thousands of anonymous miners over the years and was converted, ever since, into a territory of conflicts, socioeconomic vulnerability and power struggles. Just as images of Serra Pelada broadcast by the media have brought attention to the region’s problems, Sebastião Salgado’s photographs have also contributed to documenting and raising awareness about the conditions of wildcat mining in Brazil and around the world. His photos captured the scenario of the multitudes that coalesced in the name of gold, shedding light on the clashing of forces that arose among the human bodies present there, and their social context.

The massive presence of bodies in long lines, plastered with mud and milling around the holes dug into the soil suggests the sheer size, hardship and precariousness of the manual work. That human mass seemed to have lost its subjectivity, working in an autonomous, nearly mechanical way. Perhaps this is why the scenes recorded by Sebastião Salgado, uniformized in black-and-white, lend the wildcat mine workers a sculptural aesthetics. By imbuing the human bodies with shine, volume and rigidity, the photographer lent them a monumental and objectual aspect.

There is also a temporal impreciseness in his images. Without the information of the historical date of the Serra Pelada episode, the scenes registered by Salgado could allude to the routine of the enslaved masses in the colonial period or even in ancient civilizations, if the capture of images were possible back then. His visuality seems to denounce the barbarities associated to the first structures of civil society and the violent processes that marked the construction of our material culture. They are captive bodies transformed into material and tools for the sake of physical and social constructions.

The nearness of this event, however, is a warning about even more recent issues. That these images were made only a few decades ago raises awareness about exploitive cultural processes that have become established over time and which still persist today. More specifically, the show underscores the importance of revisiting collective and historical memories, to reflect on the effects of developmentalist and extractivist movements, in terms of human hardship and damage to the natural environment.

It is in this sense that Sebastião Salgado’s photographic production has sparked the debate about the relations between art and politics and kindled discussion concerning modes of representation in the social sphere. Throughout his career, the photographer has used the experience of the image to decrease the distance between the various publics of the narratives surrounding territories in a state of tension. By immersing himself in specific communities and localities, he thus amplifies the digressions on alterity and leverages contacts between different modes of sociability.

The photographer, who became renowned for his work with Magnum Photos, is active nowadays with Amazonas Images, a photography agency founded by himself and Lélia Wanick Salgado, dedicated exclusively to his work. The series developed in the Serra Pelada region represents an important moment in Sebastião Salgado’s production and can now be seen at the Sesc São Paulo unit located on Avenida Paulista.