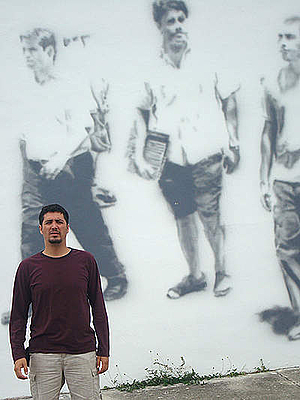 He has two degrees from the Universidad de Antioquia, an BA in Fine Arts and a BA in Political Science. Since 2008, he is the head curator of the Medellín Museum of Modern Art.

Some of his recent curatorial projects are: Sociales. Débora Arango llega hoy… [Socials, Débora Arango arrives today] an exhibition shown at the Museo Nacional (Bogotá, 2012), the Museum of Latin American Art (Los Angeles, 2013) and the Mint Museum (Charlotte, North Carolina, U.S., 2013); Bienes Mostrencos [Mostrenco Goods], an individual exhibition by the artist Carlos Garaicoa at the Medellín Museum of Modern Art (2010); and Medellín, transformación de una ciudad [Medellín, a City Transformed], a research project presented in an exhibition and a book, launched at the Assembly of the Inter-American Development Bank (BID).

As a political scientist, he is interested in the links between history and theories of art. He has taught at the University of Antioquia since 2003.