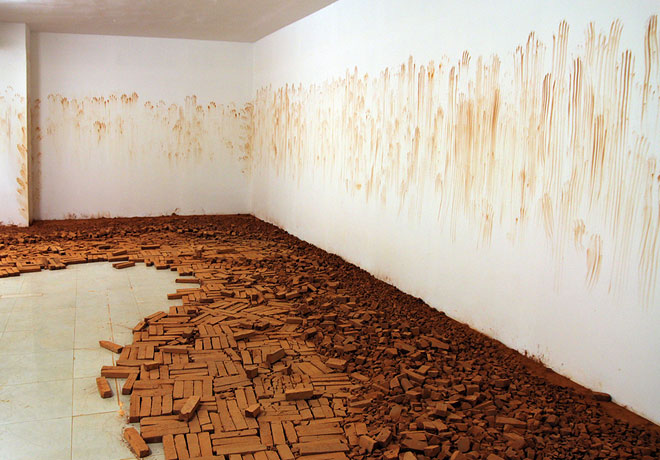 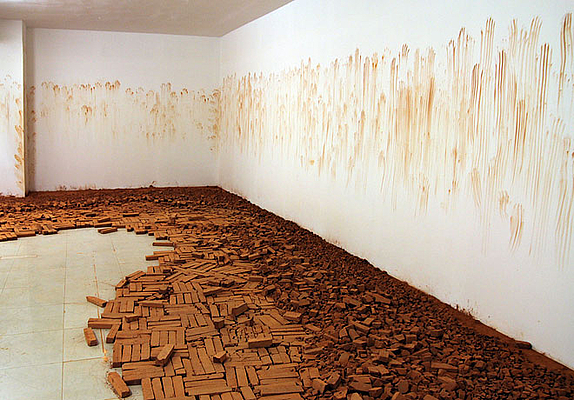 Tkaf. 2011
Bricks and pigment
Latifa Echakhch responds to political and cultural issues through objects, images and texts that question meaning and appearance. In Darija, A North African dialect, a tkaf is a curse invoked by someone close to you. When Latifa Echakhch visited a sanctuary near El Jadida, Morocco, where witchcraft is still practised, she encountered handprints and marks made straight onto the walls with reddish clay. Inspired by this, she created a work that brings sacred ancestral traditions into the realm of contemporary art. In her installation, smashed and pulverised bricks are spread across the floor and stain the walls of the exhibition space like traces of blood.

Before the building of the Sharjah Islamic Bank gets demolished, it is used as a venue for SB11. Works in the public space along Bank Street. 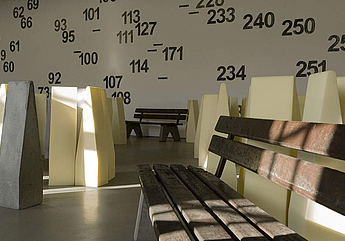