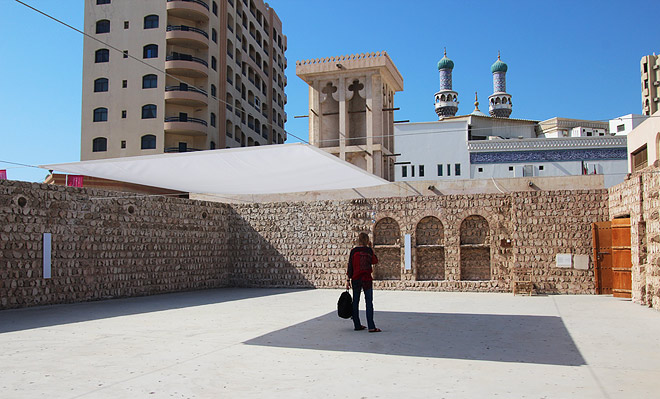 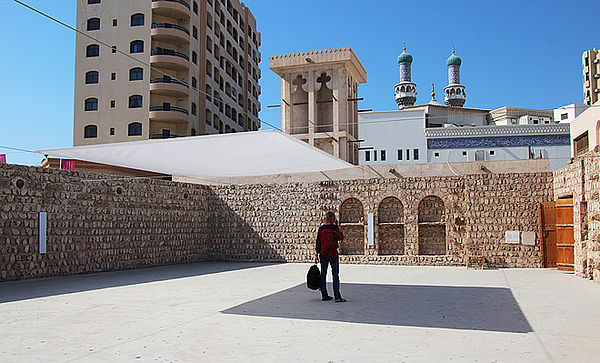 An artist and musician with a background in architecture, Cevdet Erek composes and recomposes works that capture and reformulate spaces and situations. In Courtyard Ornamentation with 4 Sounding Dots and a Shade, four directional loudspeakers are placed on the walls surrounding the courtyard of Bait Gholoum Ibrahim, in Sharjah’s Heritage Area. Each loudspeaker plays a percussive pattern repeated at regular intervals, creating different combinations. Only in the best listening location, the "sweet spot" under a central shade do the four sounds combine to form a reduced version of one of the most well-known dance beats of the region and beyond. The beat becomes a minimal gesture, an invitation for a calm dance in the now empty and silent courtyard.

Part 2 of the photo tour of Sharjah Biennial 11: Re:emerge. Towards a New Cultural Cartography, 13 March - 13 May 2013. Curator: Yuko Hasegawa. More than 100 participants. 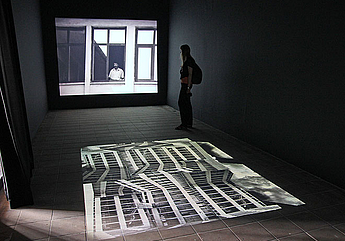 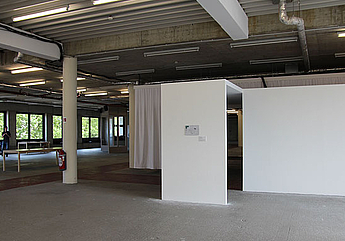