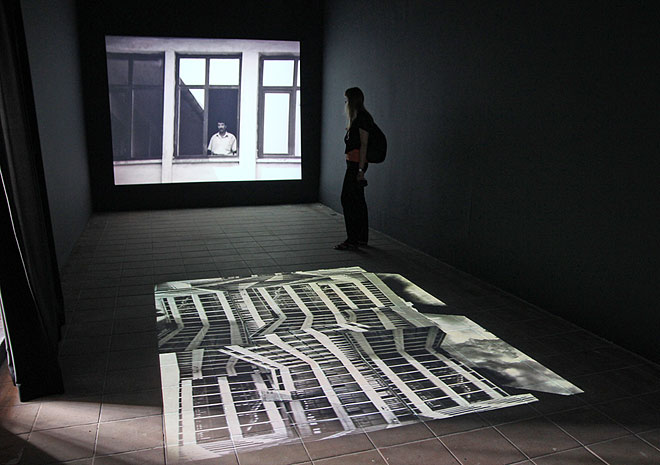 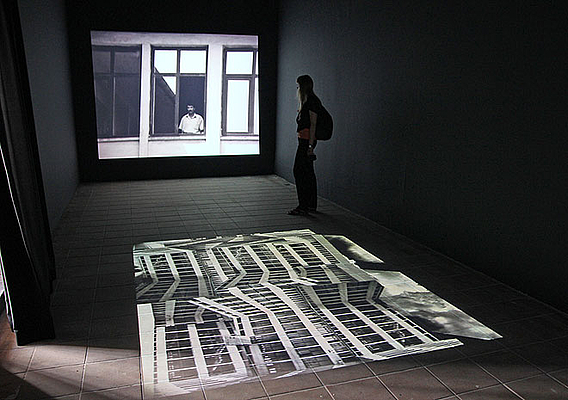 In the Courtyard. 2002
Three-channel colour video projection, six-channel sound (7 min 12 sec)
In 1873, Sultan Abdulaziz commissioned architect Sarkis Balyan to build the Maçka Arsenal, now incorporated into one of Istanbul Technical University’s many campuses. Construction in the mid-twentieth century added a double courtyard, which possesses a completely different character from the rest of the building. In the Courtyard is composed from video and sound recorded at this site. Divided into six sequences, the work employs several visual and temporal collage techniques to create a panoptical experience. 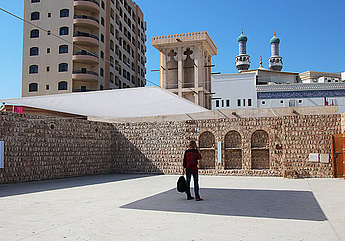