Encounters through Framing and Adapting

Encounters through Framing and Adapting. On the Oeuvre of Naiza Khan, artist, teacher, curator, and art activist in Karachi. 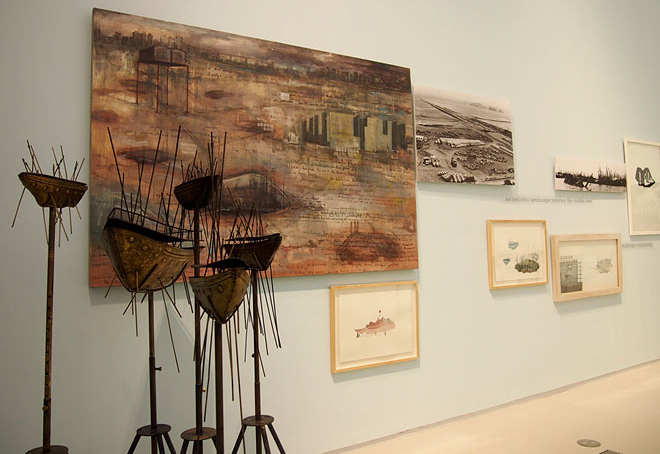 With its estimated 21 million people, Karachi is one of the 10 most populous cities in the world. Commerce and chaos, poverty and wealth live here in close proximity. In the 1990s, the country’s popular culture was recognized as a local and non-elitist tradition. Artists explored the culture of the people, the masses, that can be found in the streets of Karachi.

The works and the effect of Naiza Khan are tied directly to this debate. Encountering people outside of gallery spaces serves to create new framework conditions for localizing and adapting the "contemporary". Naiza Khan has been working as an artist, art teacher, curator, and art activist in Karachi for more than 20 years. She is a founding member and was for many years the coordinator of the collective "Vasl", which for more than 10 years has organized local and international residency programs for artists and has become an important platform for Pakistani art. In addition, as a member of the Faculty of Visual Art, she instructed for many years at the Indus Valley School of Art and Architecture in Karachi. To her numerous participations in international exhibitions comes her participation in the Shanghai Biennale, starting in October 2012. In 2010, Naiza Khan curated the widely acclaimed exhibition The Rising Tide - New Directions in Art from Pakistan 1990-2010 in Mohatta Palace Museum in Karachi.

A little more than 10 years ago, the artist began to concentrate on the female body, which she regards as a metaphor for cultural, social, and personal confinement. Of great importance in this respect is her series Henna Hands (2000-2003). In 2000, Khan directly applied a paste of henna, a substance familiar everywhere on the South Asian subcontinent, to the wall of a gallery in Karachi, initially with the aid of stencils. She arranged the henna hands in the form of a woman’s body. In a successful project in the face of the restricted presence of woman in the public sphere, the artist dared to adorn the walls of various public sites with such female figures composed of henna hands. In urban districts inhabited by the lower-middle-class, these works were exposed to an unusual confrontation with the public and thereby became – if only for a short time – an integrative part of the masses.

Tensions around the female body were at the center of her attention for another few years. She created works on paper that were directed against the expectations that confront artists, especially in the Muslim world. Things like fashionable lingerie and medieval chastity belts, corsets and straitjackets, were juxtaposed. Often embedded in decorative plant motifs, this isolated depiction lent them a fetish-like character. The series Heavenly Ornaments (2005-2008) was a direct result of these works. The artist summarized the development of her sculptural works: "The ideas evolved through the drawings, until I felt they were beginning to look like objects. I was drawn to making a bodycast in paper and plaster. And then casting this off into latex... this eventually led to working with metal." (Interview, 2005)

Naiza Khan’s interest in researching and observing urban and public spaces began with the Henna Hands and led her, through and beyond several further phases, out off the coast of Karachi to Manora Island. What interests Khan about this small isle with 14,000 inhabitants goes beyond her prior artistic engagement in connection with the social world. In the search for the best possible way to approach the history of the place, she created a series of works, including drawings, watercolors, digital and silk-screen prints, photography, video and sound documentation, but also sculptures. Parts of the Manora Archive, as the artist titles her long-term dealings with the island, will be shown at the 2012 Shanghai Biennale.

From Manora Island, the artist views the situation in a much-suffering region, the inexorable urban and architectonic storm, which takes on a symbolic character as a result of geopolitical conflicts. Just as the writers have always disagreed about whether this city of many millions should be called the proudest or the saddest of all places – undecided between love and hate – so too Naiza Khan tries to master the city’s countless metaphors. In her complex treatment of history and contemporaneity, the artist emphasizes her pronounced dedication to the idea that art should delve into both the past and the ethical questions of the present. 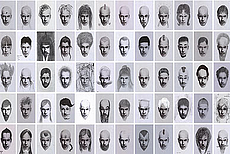 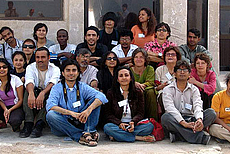 On the VASL's initiative and international network; its objectives and activities in Pakistan. 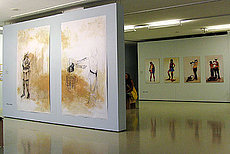