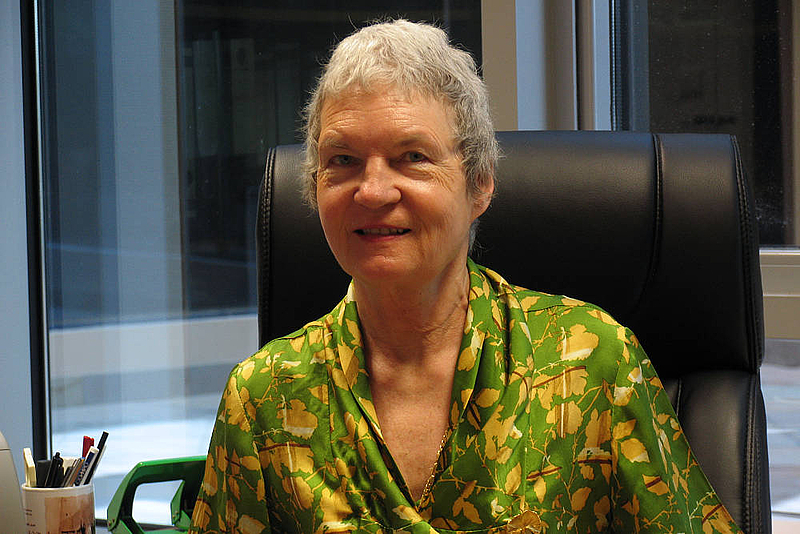 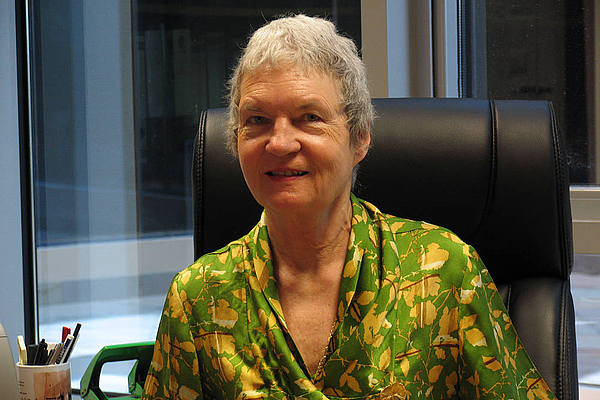 In her office at the Centre for Documentation and Research in Abu Dhabi during the interview in April 2007.

Dr. Frauke Heard-Bey
Born in Germany. Studied History and Political Science in Heidelberg and Berlin, obtaining her Ph.D. from the Freie Universität in Berlin in 1967. Lives in Abu Dhabi since 1967. In 1969 she joined the recently established Centre for Documentation and Research in Abu Dhabi, which is dedicated to the collection of archive material from all over the world pertaining to the Gulf and the adjacent regions. Frauke Heard-Bey has published in English, German, French and Arabic in leading journals and handbooks for historical, sociological and Middle Eastern studies. In 1982 she published her book "From Trucial States to United Arab Emirates. A Society in Transition", the first comprehensive history of the United Arab Emirates.