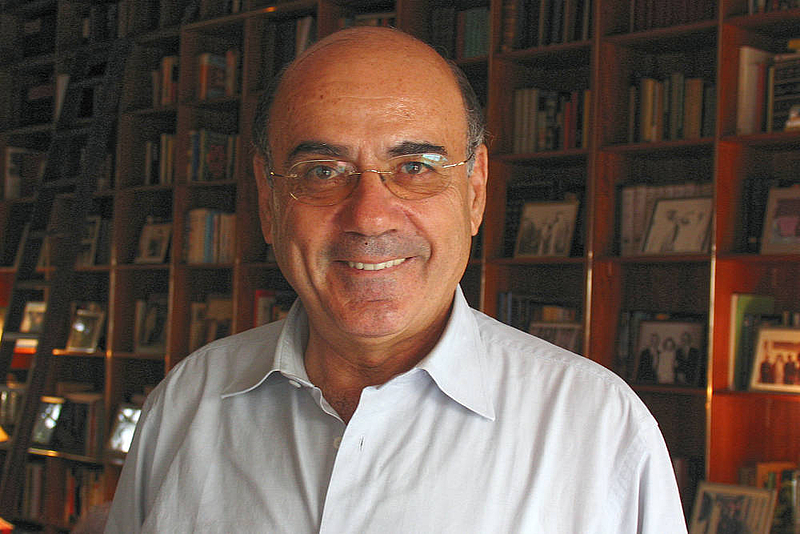 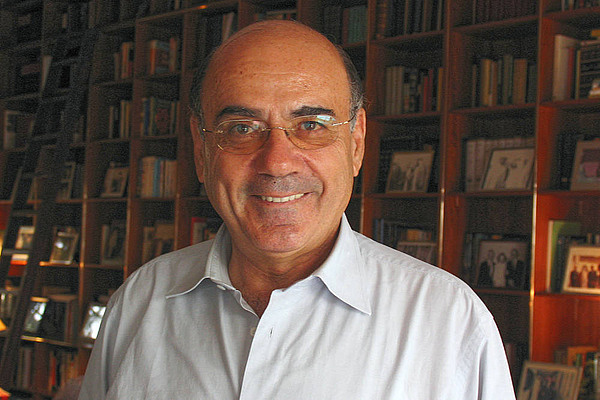 In his library during the interview in April 2007.

Dr. Zaki Anwar Nusseibeh
Adviser Ministry of Presidential Affairs, Deputy Chairman of the Abu Dhabi Culture and Heritage Authority, Member of the board of directors of Abu Dhabi Centre for Documentation and Research, Member Board of Administration of the Paris Sorbonne University Abu Dhabi, President Abu Dhabi Classical Concert Music Committee, and President of the Abu Dhabi Alliance Francaise.
Mr Zaki Nusseibeh was formerly the personal interpreter and advisor for the late Sheikh Zayed and a long-time patron of the arts. He started his career as a journalist, editor and broadcaster, worked as Director of Information for the Abu Dhabi and later the UAE Governments, before becoming Advisor to the Presidential Court, where he is still active in the same capacity.