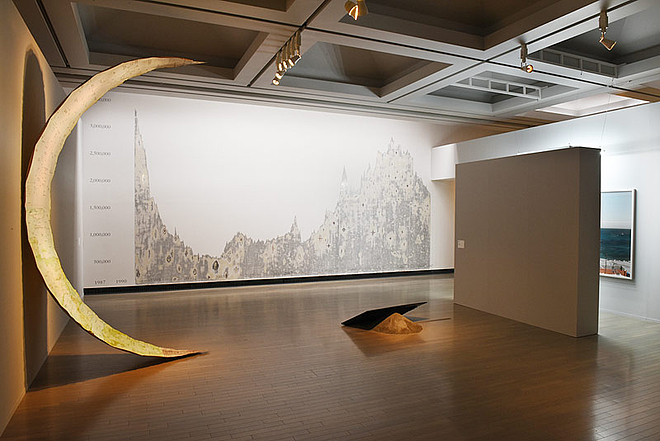 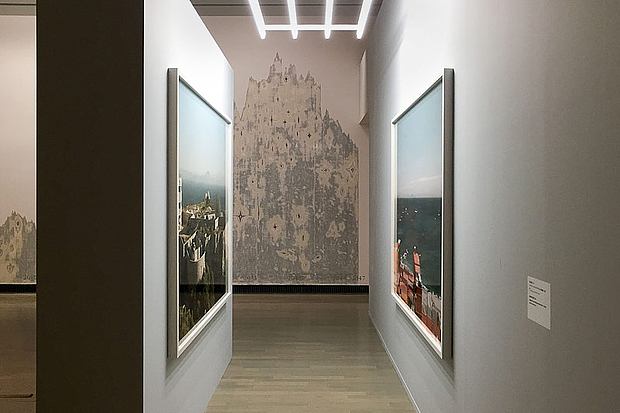 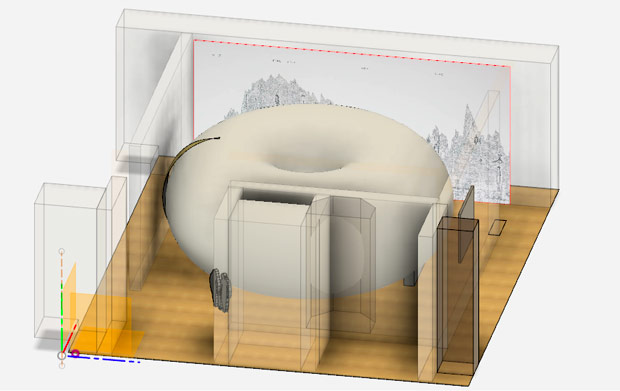 Kawakubo has lived in different parts of the world and created works inquiring into the meanings and roles of divided and revalued land and territory while exploring issues of identity shaken by divisions of language.

In his work shown in the Yokohama Triennale, the artist superimposes his own personal history on the view of “the South” as a symbol of unknown lands and utopias.

Atlas’ Walls
Walls of the museum sanded and polished with the shape of an economic graph.
900 cm x 450 cm