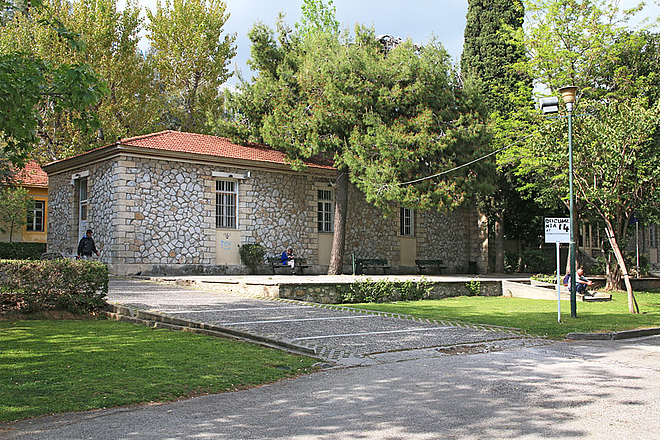 Part of a 19th-century complex of military quarters. During the military junta of 1967 to 1974, the building that hosts today the Athens Municipality Arts Center was the military police headquarters. The building just behind, which currently houses the Museum of Anti-dictatorial and Democratic Resistance (operated by the Association of Imprisoned and Exiled Resistance Fighters), was a detention and torture facility.

Greek architect Andreas Angelidakis was invited by documenta 14 to transform the architecture of the Athens Municipality Arts Center into the site of the Parliament of Bodies (Public Programs of documenta 14), and later into an exhibition venue.
(From a text by documenta 14)