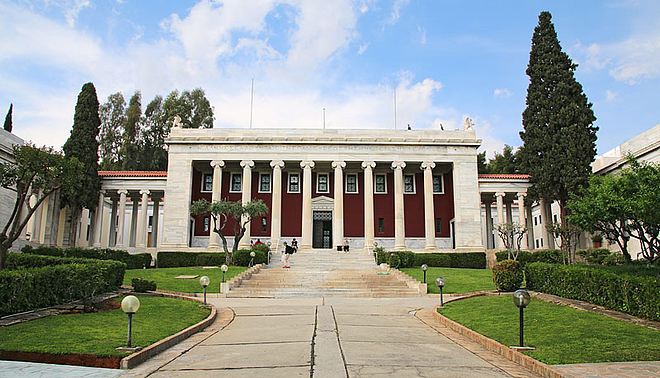 The Library's collection is based on the 26,000-volume library donated by diplomat and bibliophile Joannes Gennadius to the American School of Classical Studies at Athens. The building was designed by American architects Van Pelt and Thompson, inaugurated in 1926. The collection traces Hellenism from antiquity through the period of the Ottoman Empire and the 1821 Greek Revolution and accounts for major aspects of Greece’s political, social, and cultural life of the twentieth century. It contains first editions of Greek publications, rare manuscripts and maps, 19th cent. travel journals as well as donations by Nobel laureates Giorgos Seferis and Odysseas Elytis, the writer and urban historian Elias Petropoulos, and the German archaeologist Heinrich Schliemann.
(From information by documenta 14)