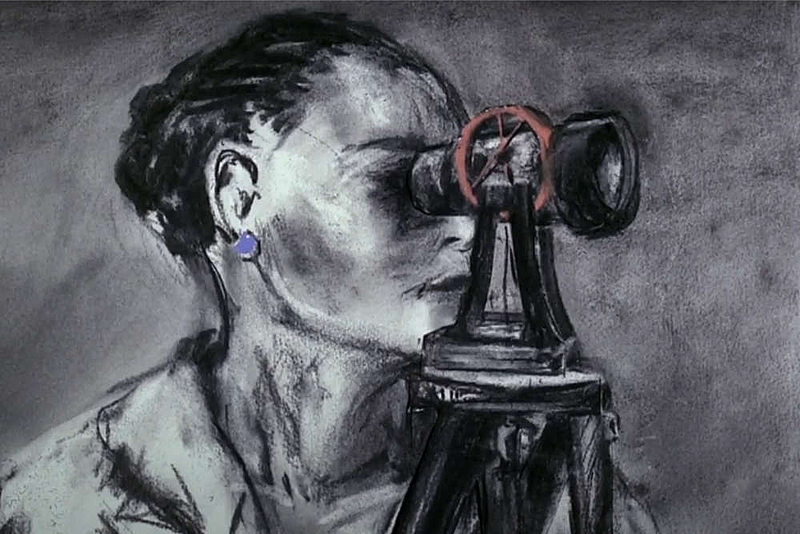 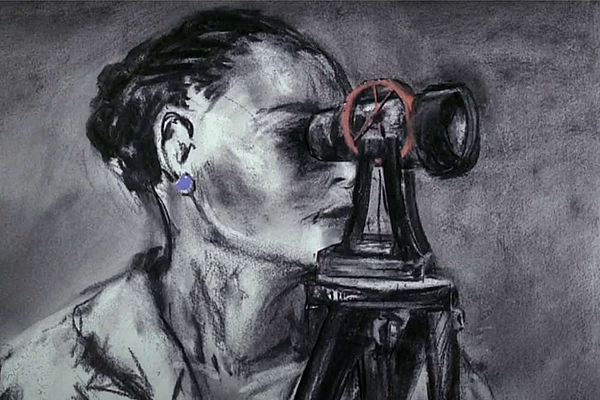 William Kentridge's films chronicle the saga of Felix Teitlebaum (a man whose anxiety says the artist, "flooded half the house") and Soho Eckstein (a high-rolling real-estate promoter). The films are cartoons which result from long and patient application; a week's drawing gives rise to approximately forty seconds of animation In these melancholic and tormented tales, the outlines of the obsessive events of apartheid and the trauma of the Holocaust gradually become visible. Maintaining an affinity with the work of Max Beckmann, the films take multiple narrative paths, prohibiting any univocal interpretation. (...)

Created in September 1993 and February 1994 just before the first general elections in the new South Africa, Felix in Exile testifies to a deep anxiety: will the victims of apartheid be remembered? (...)

Created eighteen months later during the hearings of the "Truth and Reconciliation" commission, "History of the Main Complaint" (1996) is a reflection on collective and individual responsibility and on latent pangs of conscience at past injustice.

(From a text by Paul Sztulman, documenta X short guide)