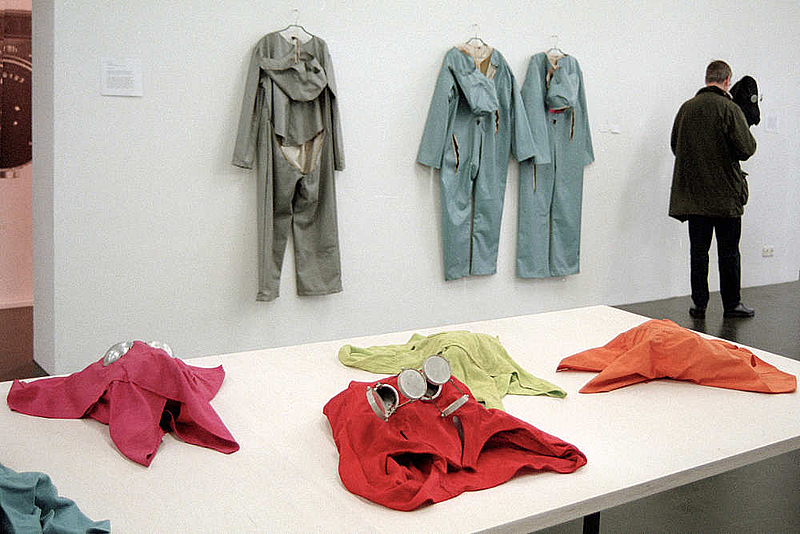 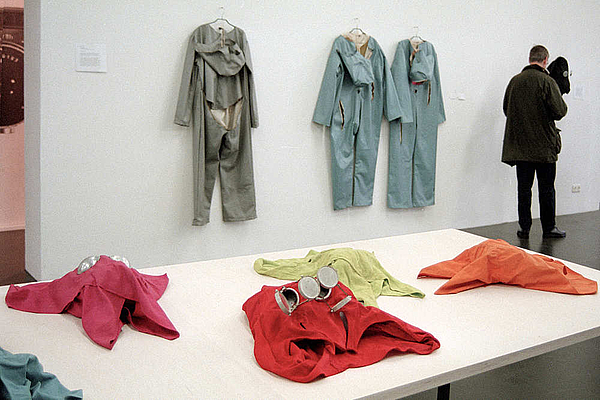 Lygia Clark played a singular and influential role in Brazilian culture, weaving ever-closer links between artistic and therapeutic activity. Her work, which first emerged in the late fifties, developed at a moment of intense intellectual ferment when artists were attempting to situate their creations within a process of social transformation. ( ... )

She began on the terrain of geometric abstraction, but very rapidly understood that she was searching for something fundamentally organic, free from the constraints of pictorial form. After her prominent participation in the neoconcrete movement, in the company ol her friend Hélio Oiticica, she went on to create ephemeral objects to be held in one´s hands. Her relational objects from the early sixties were conceived as "living organisms" which take on form and meaning through their contact with the body of the spectator. Withdrawn from all possible financial speculation, they are fabricated from cheap, renewable materials. She then realized the "Máscaras sensoriais" (1967), which demand an increasingly intense sensorial and psychic investment from the spectator. ( ... )

(From a text by Paul Sztulman, dX short guide)