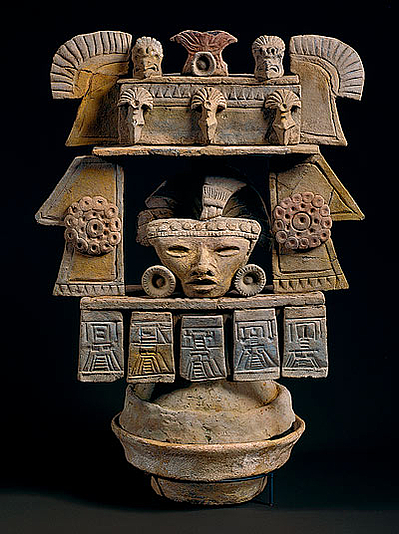 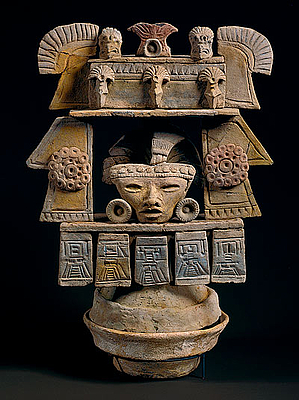 Teotihuacan, 150 - 550 A.D.
Height: 42 cm; width: 33 cm
ID IV Ca 46159
National Museums in Berlin, Ethnological Museum
The incense burner consists of a basin and an upper part on whose reverse side a "chimney" was mounted as a smoke outlet and whose front side takes the form of a temple (or stage) adorned with birds’ heads, feathers, and rosettes of clay, as well as small plaques into which, in turn, depictions of temples have been scratched. The center is a typical, "triangular" Teotihuacan face. Remnants of red, ochre, and blue painting give an inkling of the original coloration. Burning copal resin was a component of religious ceremonies.