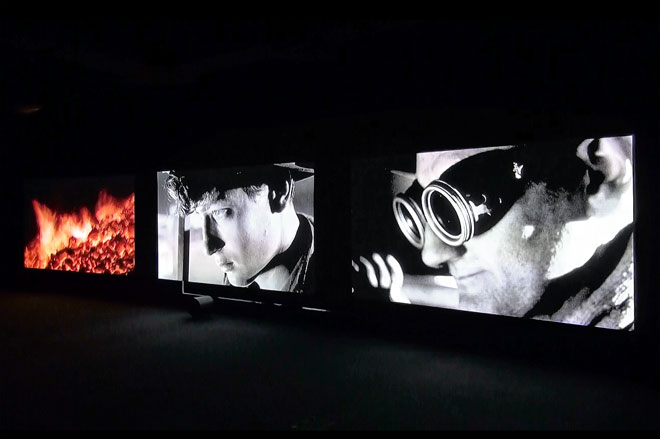 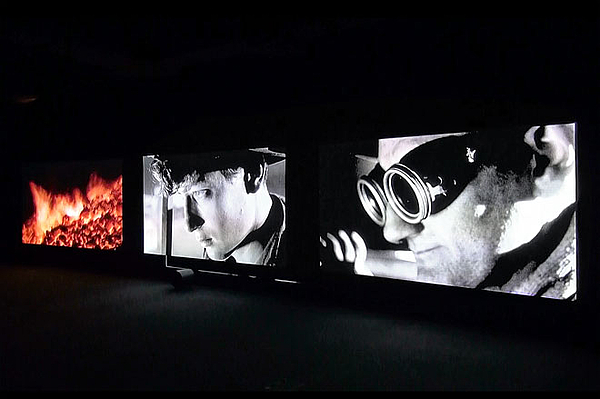 The Unfinished Conversation. 2012
Dreikanal-Videoprojektion, digitale Dateien, 35 mm Fotografien, Super8-Film, digitales Betacam Video (46 Min.)
In his films and documentaries, John Akomfrah explores the histories and legacies of the African diaspora in Europe, considering issues of identity, memory and displacement. The Unfinished Conversation is a three-screen narrative construction that focuses on some of the key cultural and political debates of the postwar period as seen through the prism of the life and work of the Jamaican-born British academic Stuart Hall. One of the most esteemed cultural theorists of his generation, Hall is a founding figure of Cultural Studies and an architect of the New Left in Britain. His interests straddle a range of disciplines and areas, including Marxism, nuclear disarmament, race, television, cultural politics and diasporic identities. The installation focuses on Hall’s formative years in the 1950s and 1960s, alluding to events and debates that shaped his development such as the Soviet invasion of Hungary, the Suez Crisis, the British-French-Israeli invasion of Egypt (all 1956) and the rise of feminism.