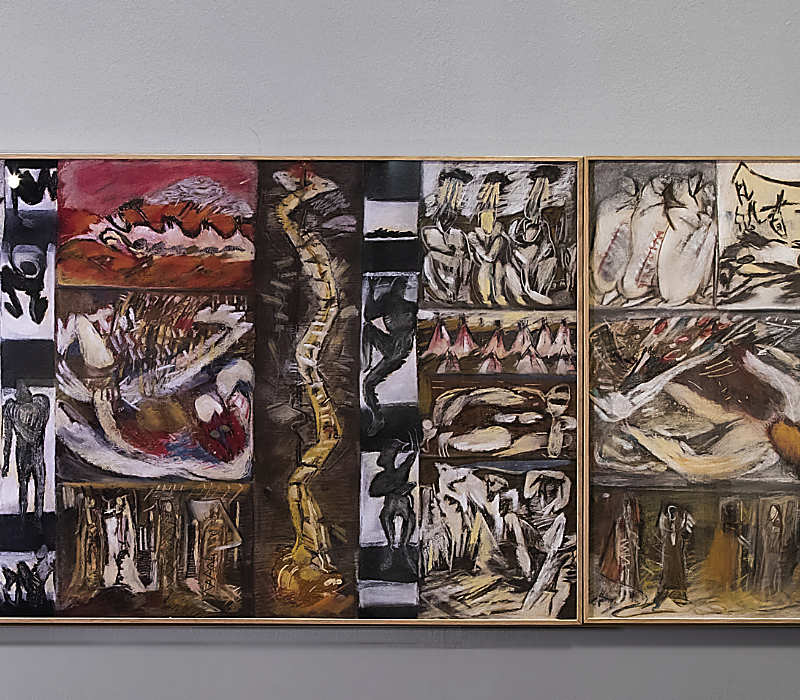 Suzan Hijab's experience of leaving since the Nakba

On 18 January 2020, Al Ma’mal Foundation for Contemporary Art and the A.M. Qattan Foundation (AMQF) inaugurated the second edition of the retrospective exhibition of Palestinian artist Suzan Hijab in AMQF’s building in Ramallah.

The exhibition explores the experience of departure inherent in the Palestinian condition, since the Nakba. After turning 77 years of age, and having her first retrospective exhibition in Palestine, Hijab's work revolves around her personal experience of instability or "constant state of departure" that she experienced in the diaspora. Departure is an essential element in the life and work of Hijab, both in its physical sense - moving from one place to another, or in the sense of internal emotional shifts.

The exhibition brings together more than 50 works from the end of the seventies to the present day, for the first time in this scale in her homeland, Palestine, allowing a rare opportunity for the Palestinian public to learn about the works of a pioneer Palestinian artist. Hijab's work is characterised by scenes sliding into each other to create a continuous and circular movement, without beginning nor end. Her figures are typically deformed with mutilated bodies, sometimes headless, suggesting an innate primitive dimension, trapped in endless frames of struggle and a perpetual attempt for liberation. Fissures and scars in the Hijab's images become physical evidence of the internal pain caused by the rupture of departure. 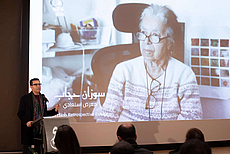 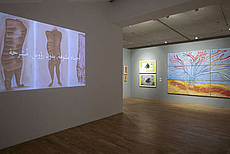 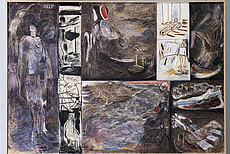 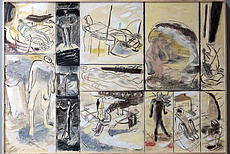 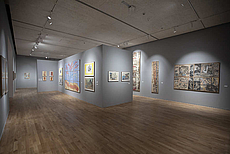 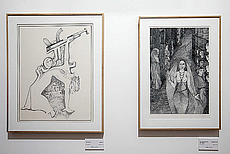 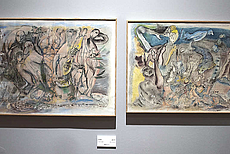 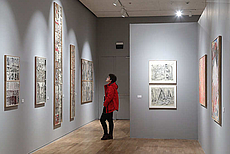 In an interview conducted by curator Jack Persekian of Al Ma'mal Foundation with the artist in Frankfurt on 1st June, 2019 - in preparation for the exhibition - the artist spoke at length about her artistic experience, her life and the motivation that drives her to draw. Her work revolves around the internal restlessness that has accompanied her during her personal and artistic life, her struggle as a woman, a Palestinian, and an immigrant in a western land. These complex subjectivities express themselves through images that are divided, fragmented and reconfigured in boxed spaces that are stacked one on top of the other, yet clearly in constant movement as if in defiance or continuous negotiations with these fabricated boundaries. Life and hope proves to be far stronger than these man-made confines.

Hijab’s work also embraces the female spirit, that which is emitting an aura of power and rebellion against oppression and inequality. When Hijab moved to Germany, she had to understand the other first, and through her work she was able to reach a personal and intimate space where east and west meet. Al Ma’mal and A.M. Qattan decided to organise this exhibition, to highlight the importance of providing exposure and a platform for all Palestinian artists to show their work in Palestine, especially those who have not had the possibility to do so.

On 27th June, 2019, the first edition of the exhibition was held at Al Ma’mal's headquarters, located within the walls of the old city of Jerusalem, however a large number of the Palestinian public were unable to visit the exhibition due to the restrictions of the occupation. As a result, it was decided to organise its second iteration at the headquarters of the AMQF in Ramallah. The exhibition runs from 18 January to 2 April, 2020.

Hijab was born in Jaffa in 1942 and during the Nakba fled with her family to Alexandria, Egypt. At the age of 19, Hijab moved from Egypt to study at the Higher Academy of Fine Arts in Offenbach, Germany. She has been living in Frankfurt since then, leaving for few years to live in Beirut during the 1970s.