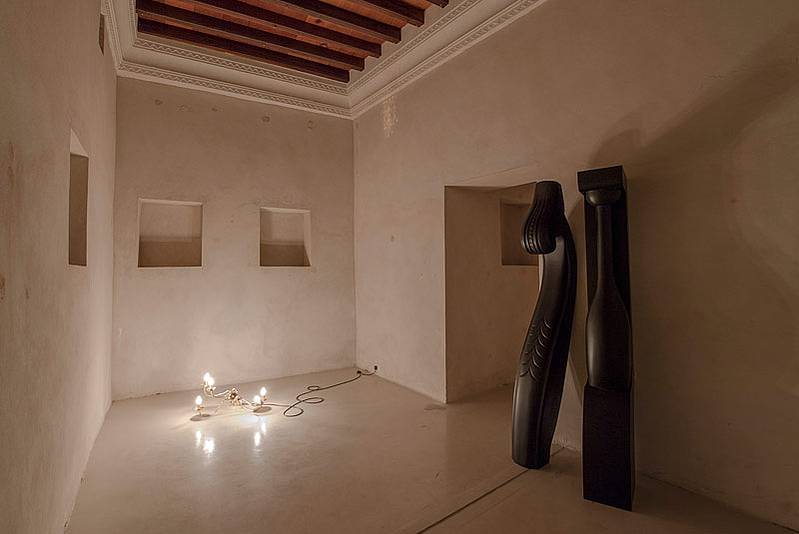 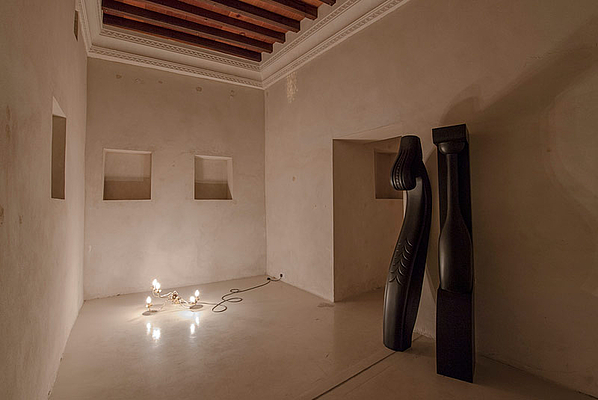 The work of Shadi Habib Allah navigates across networks of people, technologies, objects, images and the economy. Through a range of mediums, he examines interrelated notions of function and being as well as the social and historical structures that define them.

Habib Allah’s 30KG Shine (2017) is a video installation that examines various states of existence—object, body and spirit—and how they exchange roles and share enmeshed forms of agency. Paying homage to a 1930s urban myth about a ghost that haunted the Old City of Jerusalem, the film records how an elderly woman, currently living where the fable is set, secures her home and family heritage by leading life in confined quarters, often at the expense of her own livelihood and health. The work also features footage of a ‘tunnel cemetery’ being constructed to house 22,000 displaced corpses; these bodies claim presence and ownership of the place where they will lie. Many of the Palestinian workers who dig these makeshift graves enter Jerusalem without proper permitting, their illegal movement enabled by the dead’s historical presence. While these tunnels are created to house the remains of those who have passed, the presence of those remains preserves a channel of movement, one hidden underneath the city and expanding without tangible oversight. In the exhibition space, nearly life-sized pieces of furniture and a dimly lit chandelier evoke objects in transience or at rest.
(From the SB13 Guidebook)