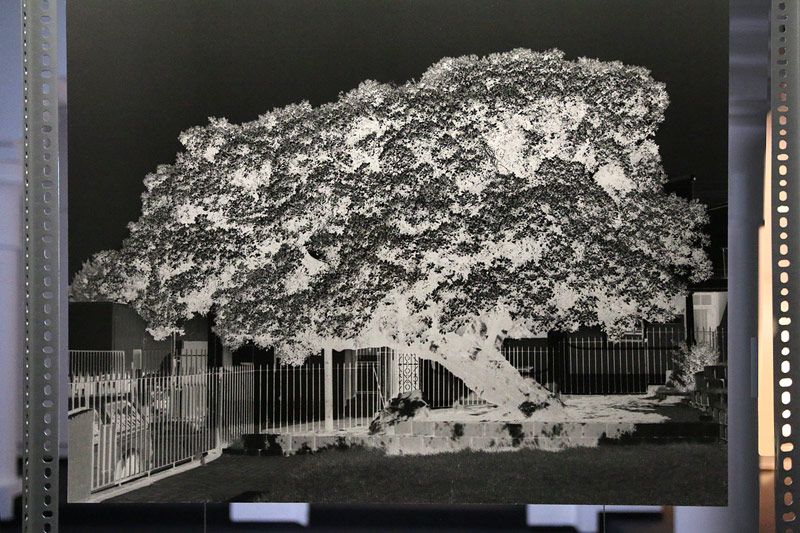 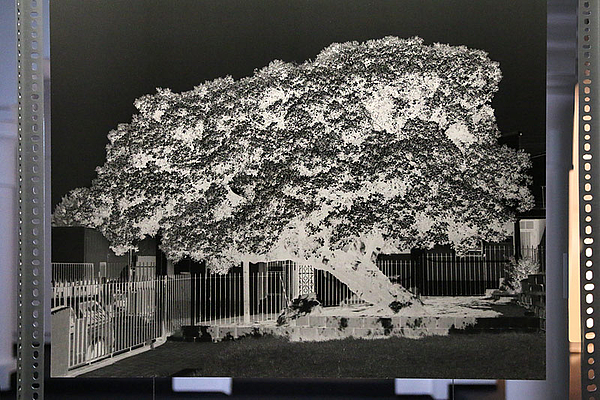 Milkwood Tree, Cape Town
This ancient milkwood tree is over 500 years old. It was here, on Cape Town's original beachfront, in 1510, that the Portuguese explorer, Dom Francisco de Almeida and his men were attacked and killed by the Khoikhoi, the indigenous inhabitants of the land who revenged cattle raids, abductions and extortions. Later the tree became known as the Old Slave Tree of Woodstock. Under its shade, slave masters bartered away humans and from its branches 'disobedient' slaves were hung. In the early 19th century the tree was renamed 'The Treaty Tree' to commemorate the start of the second British occupation of the Cape. It was there, following their defeat in 1806 that Dutch forces signed capitulation conditions, effectively transferring control of the Cape to Britain.
(Text in the exhibition)