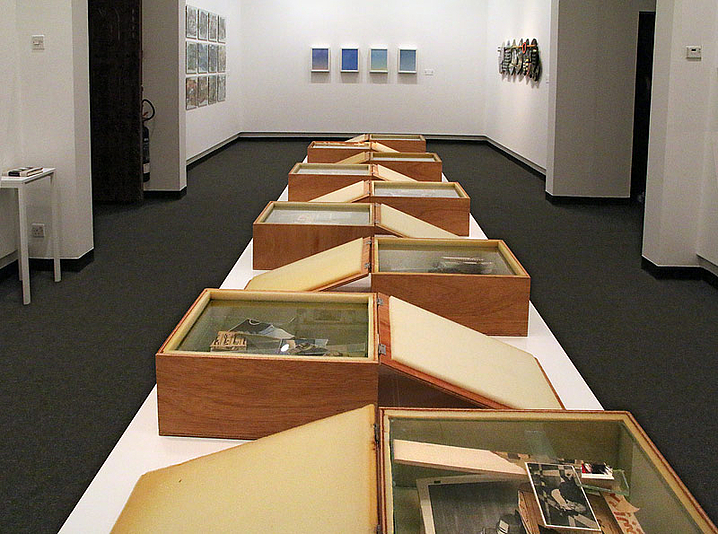 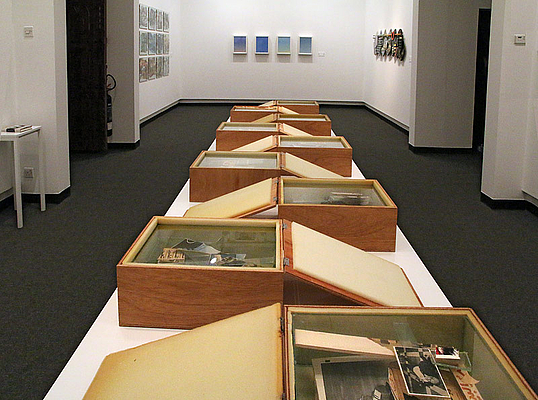 A Sharjah Biennial 2017 Special Prize was awarded to the late Ali Jabri and will be dedicated to the conservation of his work.

Ali Jabri was a critical chronicler of the everyday with a passion for archaeology and cultural heritage. His formative years coincided with the fertile period of Arab nationalism from the 1940s to the 1970s that is deeply engrained in the spirit and subject matter of his work. At the same time, Jabri’s practice drew profoundly from common interactions, captured in what the artist called ‘city kitsches’. Combining pastel drawings, newspaper clippings, collage and text, his daily reflections filled many journals.

SB13 pays homage to Jabri in a presentation focusing on his lesserknown collage works. Created during the second Gulf War, Untitled (1989–92) is an allegory of Jabri’s disenchantment with the modern Arab World. The nine mixed-media collages were created by layering magazine clippings of marching militia, Arab nationalism figures and news headlines. For SB13, the collages are displayed inside their protective wooden boxes, inviting the viewer to peer into the works rather than view them mounted on the wall.

AMMAN BY MIDNITE (1991) is a journey from daybreak till after sunset through the city Jabri called home, starting at Al Akhbar newspaper building and ending with the iconic shop shutters of downtown Amman. Portrayed from the perspective of a taxi driver, the work offers views that are at once fragmented and multifarious, obscured but decidedly of the city. Another observation of passing time, Calendar (2000), conveys seasonal transformations through 12 panels of colour. As his first attempt at mood painting and one of his last works, Amman Sky (2001) is grounded in Jabri’s enduring passion for Jordan’s landscape. In this suite of paintings, Jabri’s gaze shifts from Jordan’s rocky terrain and urban metropolis to the blue expanse above.