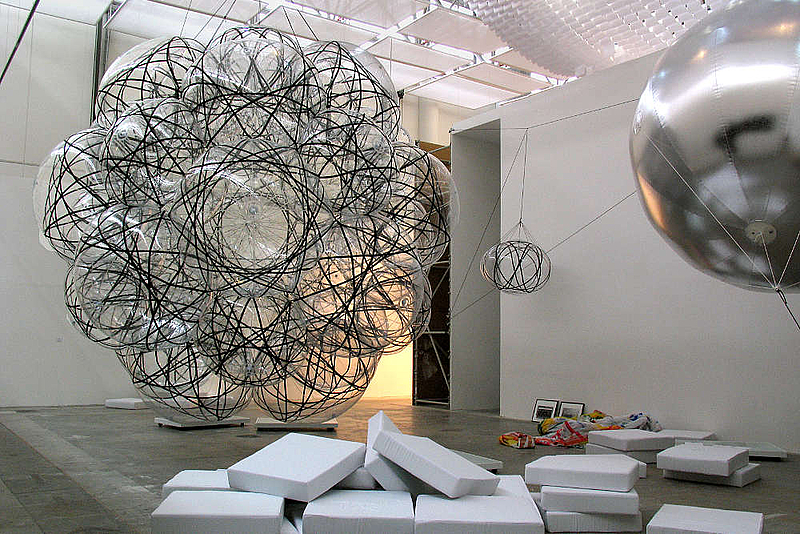 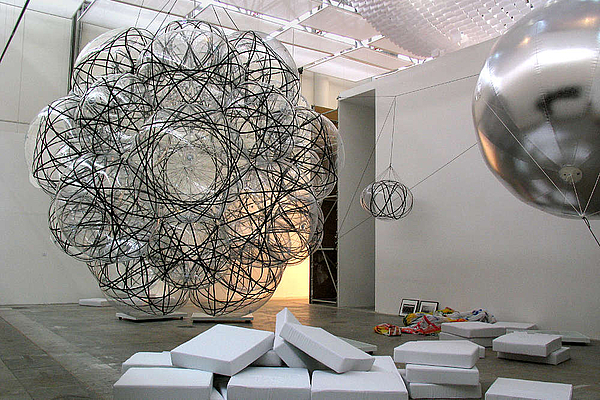 Part of ongoing research on the possibility of building residential structures and urban settlements in the sky that exploit natural energies.

Following in the tradition of Buckminster Fuller, Tomas Saraceno’s installation, sculpture, photography and video work challenge the conventional restrictions on the human habitat, and suggest new ways of perceiving nature. The possibility of moving cities from the earth’s surface into the air is a central theme in his practice, and his futuristic urban models of floating metropolises are not just fantasy – Saraceno is working towards realizing them as a practical solution. In depicting these flying communities he points out the narrowness of traditional land-bound perspectives and creates, in Fuller’s words a, "great and anticipatory vision of the future."

Saraceno’s ongoing research concentrates on the project "Air-Port-City", which the artist has been conducting for some years now. Starting with the open patent application of the innovative material Aero gel, used for the construction of lighter-than-air vehicles, Saraceno is working on the possibility of building residential structures and urban settlements in the sky that exploit natural energies.

Moving like clouds, these habitations and flying gardens redefine geographical and political boundaries, generating human and political communities in continuous transformation. These Air-Port-Cities would be freely constituted in compliance with international laws, challenging the political, social, cultural and military restrictions presently in effect around the world.

See also:
Tomás Saraceno. Cloud Cities
Around 20 of his "biospheres", presented for the first time together at Hamburger Bahnhof - Museum für Gegenwart, Berlin. In: UiU Magazine, 2011