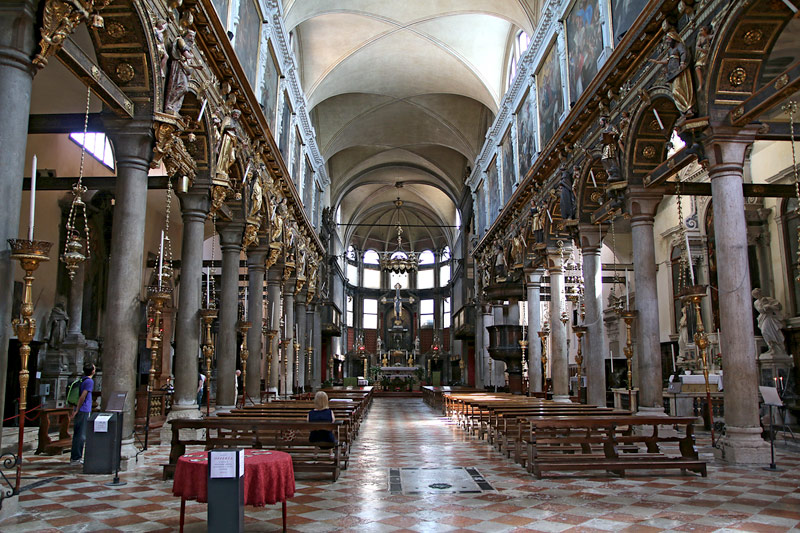 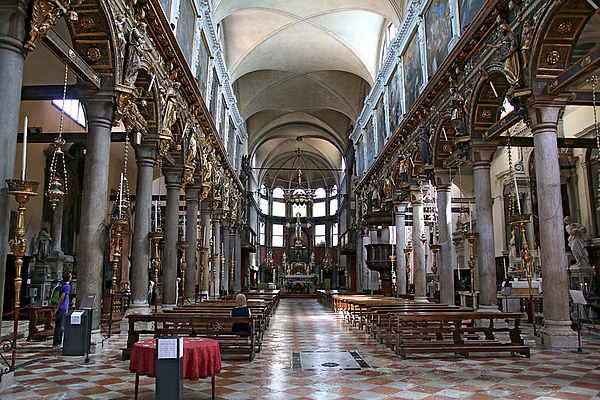 Founded in 1286 by Carmelite fathers, it was completed and consecrated in 1348.

The form of the interior dates from the original 14th Century Gothic building, but most of the decoration is later, with gilded decoration and statues in each of the spandrels, the spaces between the arches.