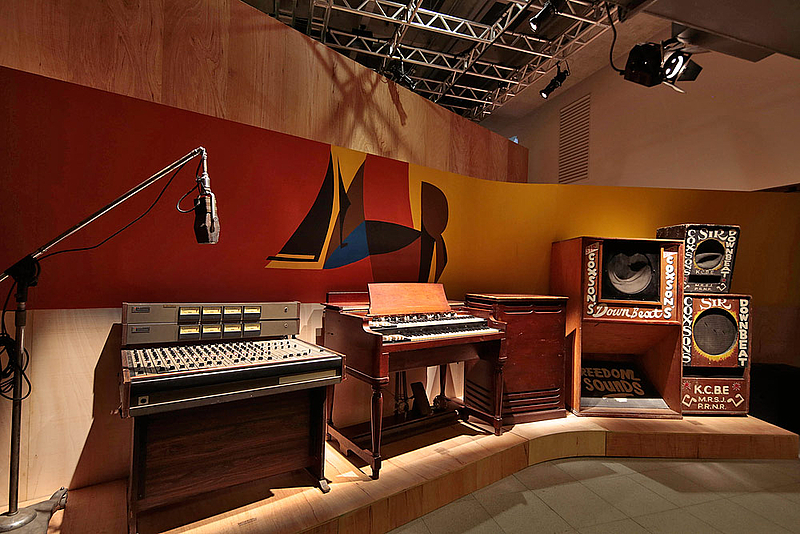 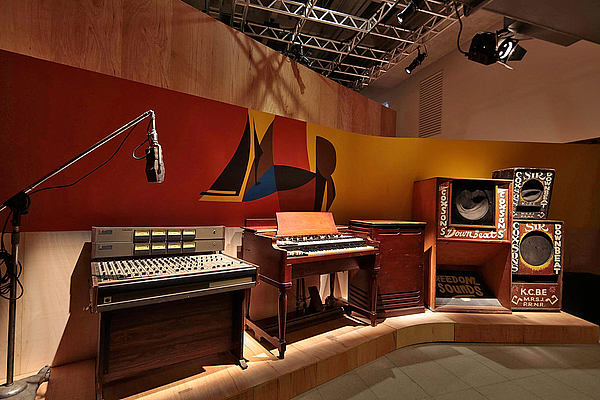 Exhibition's thematic core:
Hey Mr. Music!
Studio One, The Black Ark and King Tubby’s studio: A production circle like no other

The console of music producer King Tubby (1941-1989) is one of the exhibition highlights. He is a pioneer of musical reinterpretation and showed the world the importance of sound engineering. Also known as the “dub master”, he invented the remix, a popular music technique used nowadays.