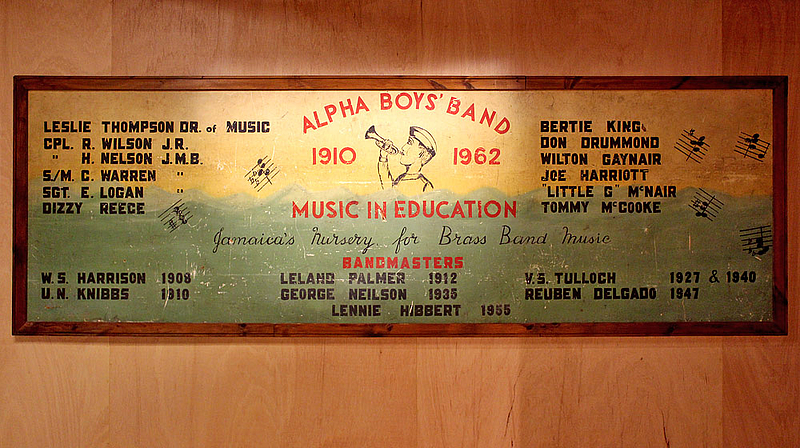 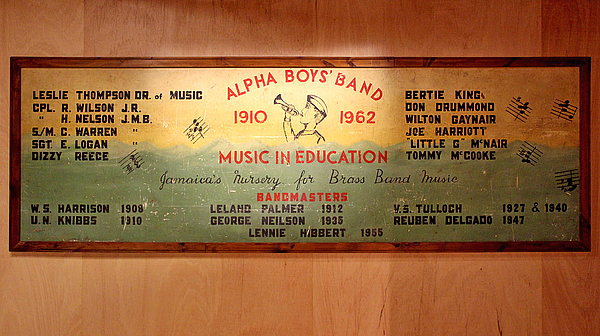 Wooden sign from the music hall of the Alpha Boys School, a boarding school where members of The Skatalites were educated by the Catholic nuns who provided rigorous musical training