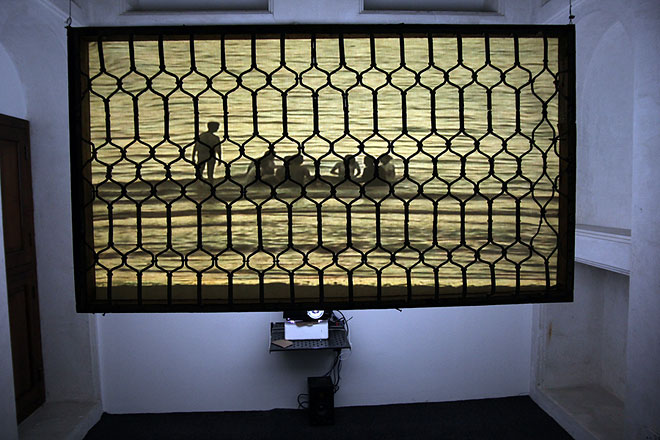 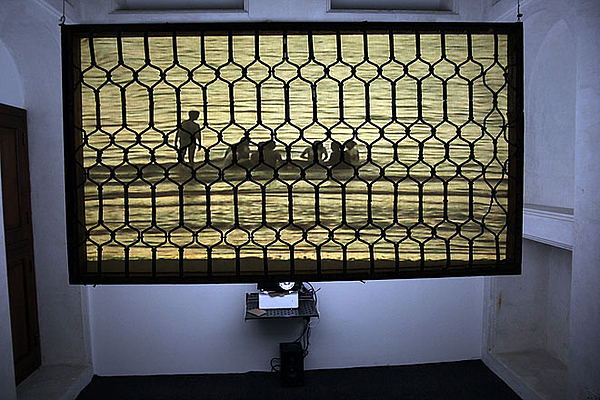 Pop Song – Knocking on Heaven’s Door. 2007
Colour video projection on window frame, sound (3:20 min)
Time in Heart 1. 2008
Colour video projection on window frame (60 sec)
These two videos show scenes of empty schoolyards and young people enjoying themselves in a river, within a strict, still frame. The works suggest issues of freedom, violence, youth culture and social history, which are emphasised by the soundtrack of Bob Dylan’s song "Knocking on Heaven’s Door". The nostalgia evoked by pop songs is based on collective memory and cliché, but it also connects to individual experiences on a personal level. The artist’s attraction to pop songs derives from his belief that art should be a medium for healing, much like the songs themselves.