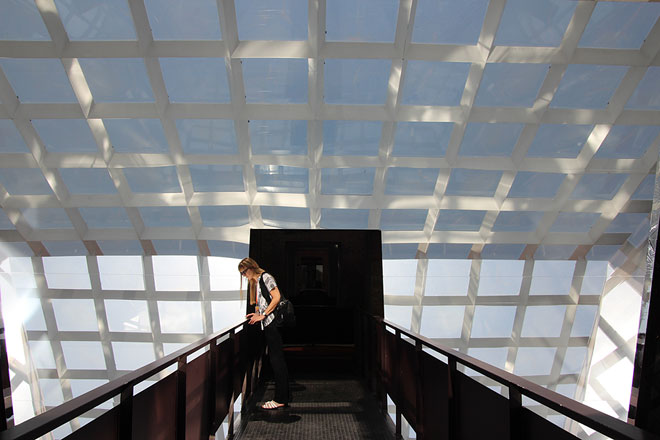 Your body of work is the first solo exhibition of Olafur Eliasson in South America. Conceived by the artist especially for, and in response to, the Brazilian city of São Paulo, the exhibition features eleven site-specific installations that invite the public to experience perception of color, spatial orientation and other forms of engagement with reality.

At the Pinacoteca, the work focuses on experiments with one of art’s most classic tools - the mirror - to dialogue with the building’s architecture, originally classical in style but reworked a decade ago by the award-winning architect Paulo Mendes da Rocha.

The other two venues are:

SESC Pompeia
6 works (4 new) in dialogue with the uses of the venue, an old factory transformed into a cultural center by architect Lina Bo Bardi.